Sarina Tomchin did not expect her passion for art and cycling to turn into a successful online clothing business, with more than 50,000 orders worldwide last year.

Sarina and her husband Michael started Cycology in 2012 as an outlet for her art and design talent, inspired by her passion for endurance sports. Her achievements include representing Australia in surf lifesaving, competing in the World Expo in Canada as a teenager, competing in more than 100 Triathlons – earning Under 20 Australian Champion and many podium places – and winning the gruelling 46 kilometre 6-foot track race in the Blue Mountains as a first time mum. “Sarina is an endurance runner and swimmer, but ultimately it was cycling [apparel] that we decided to focus on,” explains Michael. “She was already a successful artist by way of an extensive licensing program and Cycology was an opportunity to combine her love of cycling, the lifestyle and culture with her artistic prowess.”

After a challenging first year trying to gain traction for the clothing brand, the couple sought marketing expertise. Dean Rushton joined the brand in late 2013 and Cycology’s business has since doubled each year, expanding into Asia/Pacific, United Kingdom, Europe and USA. The brand’s range now spans cycling gear for men and women as well as a men’s casual range of t-shirts and boxer shorts with a cycling theme. Sarina produces new designs throughout the year for all the product categories to keep the range fresh and interesting.

“We have a very high repeat customer rate, which we are particularly grateful for,” explains Michael. “They tell us they appreciate the originality of the artwork which is all hand drawn or painted by Sarina. In a world dominated by digital artwork and graphics, it is a rarity for anything to be hand drawn.” This has created a manufacturing challenge for Cycology’s apparel suppliers who have had to adapt their processes to be able to create the hand rendered finish.”We were adamant to stick with this quality finish and retain our uniqueness,” says Michael. 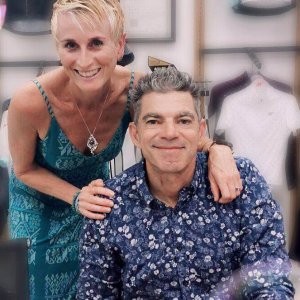 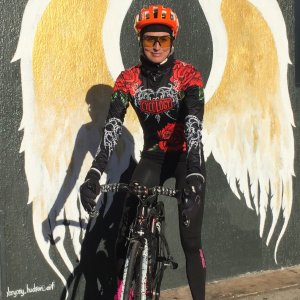 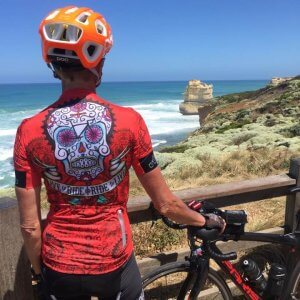