Tamzen Hayes, is Australia’s queen of wit and humour. She has been called Australia’s very own Phoebe-Waller Bridge. Tamzen, an actress and writer shares her sharp dark humour in her solo show Never Said Motel which she wrote and performs in. The show premiered at The Melbourne Writers Festival in 2019.

Tamzen has been on our screens in TV Shows such as The Doctor Blake Mysteries and Winners and Losers. She is no stranger to theatrical work with 80 minutes No Interval at Theatreworks (2018), All Of My Friends Were There at Theatreworks and her multiple shows as part of the ensemble in the performance art group The Boon Companions.

Hayes says: “I love to create strange characters. I also love performing amongst crowds and have performed at The Melbourne Writers Festival and Dark Mofo. I think everyone has a little bit of strangeness in them. It’s important to create characters that make people think and reflect and understand something about them in the story you are telling. I think if you are able to tap into feelings and emotions people don’t connect to everyday, it makes for a more meaningful and empowering performance.”

“At the end of each show we are giving the audience the opportunity to write down their own “never said”. They are prompted to tell us about a time when they didn’t speak the words they wanted to. We will take all these audience stories and collate them to create the next version of the show. Hopefully the same audience will return and see their own story being anonymously told on stage, and allow them to feel some catharsis and closure”

Tamzen will be performing Never Said Motel at the Melbourne Writers Festival in September. 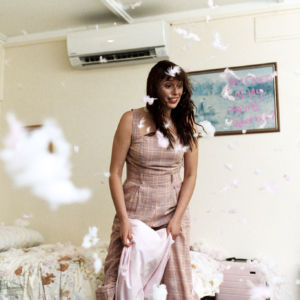 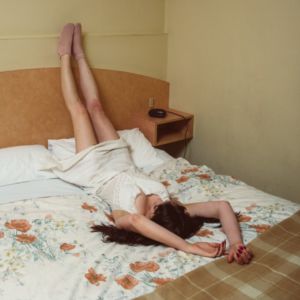