When you look at the beautiful, leather handbag designs or sumptuous flowing silk kaftans of Ocre Designs, you are only seeing the tip of the creative iceberg that is Tarn McLean. This Toowoomba-based woman de force is a visual artist, designer, doctor of philosophy, lecturer, and mother, among other things. Her work ranges from installation art to textile and fashion design to painting. As well as exhibiting and selling her work around Australia, she has also exhibited her paintings and installation art in Copenhagen and San Francisco.

For an artist who will not find satisfaction in one discipline alone, McLean is comforted by the fact that the aesthetic philosophy of reductionism underpins all of her work. Reflecting on her many pursuits, McLean admits there is a touch of self-consciousness involved in how she presents herself to the world and artistic community; her final years of study even dealt specifically with multi-disciplinary artists like herself. Completing her PhD in 2016, McLean’s research centred upon the expansion of reductive painting into the design of space and architecture. “I guess, in a way, I was writing about myself,” she says.

McLean started off life in Sydney. A few years after leaving school she found herself living in Queensland, in “mulga country”, married to a grazier and a two and a half hour’s drive from the closest supermarket. As a mother on an isolated property, she was teaching her children via School of the Air, however the family eventually moved to Toowoomba to further their education.

It was this move that sparked a renaissance in McLean’s own study and she enrolled in visual arts at the University of Southern Queensland (USQ). It is here where the story of Tarn McLean, the artist, starts. “I have always made and designed things, and people have always given me money for things I make. I didn’t want to do just one thing.” Not doing one thing has translated into starting RAYGUN Studio, a studio space she co-founded in central Toowoomba, as well as her design business, Ocre Designs. Ocre has recently launched a new wallpaper and textile collection, “inspired by magnolia flowers found in Toowoomba gardens”. McLean is also working to connect with stockists nationally and move into overseas markets. “It’s a super exciting time and a very busy one, but I have surrounded myself with some extraordinary and inspiring people. Between this and constantly making the business side accountable, we are now growing in ways I’ve always hoped,” McLean says.

From the mulga country of South West Queensland to the galleries of Copenhagen and San Francisco, McLean has completely committed to a life less ordinary. With preparations for a 2019 exhibition underway, a role as a lecturer in drawing at USQ, and Ocre Designs constantly growing, expect to see much more of Tarn McLean in the years to come.

Readers also enjoyed this story about the creative minds behind Brisbane Fashion Runway. 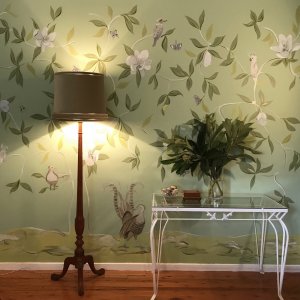 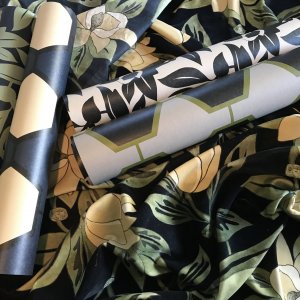 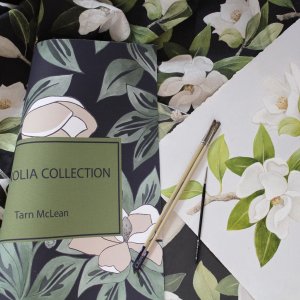