Kate Miller-Heidke has been crowned the winner of the first ever Eurovision – Australia Decides during the Live Television Final on SBS on Saturday 9 February.

Kate took to the stage to perform her song Zero Gravity, alongside some of Australia’s biggest artists and the scores of the viewing public and jury were combined for the official results. After winning over the Australian public with 87 points and a jury of industry experts with 48 points, an impressive 135 points overall, Kate has been selected to represent Australia at the Eurovision Song Contest 2019, to be held in Tel Aviv, Israel and broadcast exclusively on SBS in May.

Electric Fields took out second place with their song 2000 and Whatever being awarded 114 points overall, while Sheppard came in third place with On My Way on 87 points. Kate Miller-Heidke said she was overwhelmed by the win. “This has been a peak experience already, and I’m dying with excitement at what’s to come,” Kate said. “Thanks to everyone who voted, and to all the other artists who provided such a brilliant, eclectic and stiff competition. I’ve had a ball, and I’m so grateful and thrilled that I get to represent Australia at Eurovision in 2019.”

SBS Commissioning Editor Josh Martin said this could be the year Australia wins Eurovision. “Kate’s performance tonight was quite simply breathtaking and the response from the Australian public has been overwhelming,” said Josh. “All of us here at SBS are so thrilled that the whole country has embraced this truly diverse and inclusive show and I know that Eurovision fans will adore Kate as much as we do when we get to Tel Aviv in May!”

Creative Director of Eurovision – Australia Decides Paul Clarke said it was a win for “out of the box brilliance”. “It’s a standout song with mesmerising staging,” said Paul. “Kate is a total original and Eurovision will love her. Electric Fields delivered a stellar performance, and came so close, but it was Kate’s night. I want to thank all the artists who made the first ever selection show a spectacular success and all the fans who got behind them. The road to Eurovision 2019 has begun!” 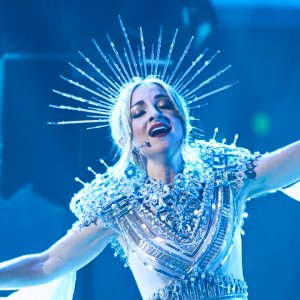 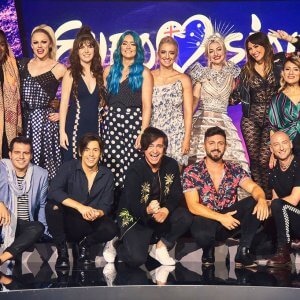 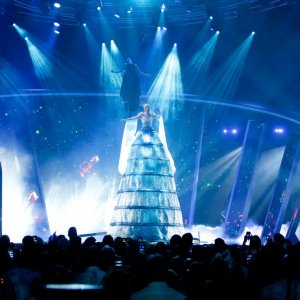 ← Voquality Workshop
On the Basis of Sex →

A second Women in Leadership 2022 summit speaker impacted by covid (her daughter has it) so her presentation this afternoon was done remotely. CoverMore CEO Cara Morton gave a visionary speech aptly entitled ‘People First Leadership: the skills I harnessed to lead our company through the pandemic’ #WILA #women #leadership #summit #girlboss #womeninbusiness @theleadershipinstituteanz ...