New Holland Publishers has released Sundowner of the Skies: The story of Oscar Garden, The Forgotten Aviator by Mary Garden. This personal, soulful story takes readers on the journey of an Australian swagman and famous aviator soaring through history, told by his daughter. Garden travels back through the turbulence of her own startling family history to find her father, a legend of long-distance aviation who soared through any sky but crash-landed the one-way journey of his life on earth. Garden approaches the book with the same disregard for self-preservation that saw her father fly to Australia from London in 1930 in a second hand plane with only 39 flying hours under his belt.

Sundowner of Skies is a deeply personal study on Garden’s journey of discovery. Until recently, she knew little about her father’s life as an aviator. As well as digging up his amazing flying adventures, she uncovers his tumultuous childhood in north Scotland, the ghosts of his past, which he could not escape, and shines a light on the intergenerational trauma that impacted her own life. A rattling, searing, soulful story that takes flight on the Gipsy Moth wings of the author’s relentless research and willingness to pull back every curtain of this extraordinary man’s life, sometimes at her own emotional peril. “Whenever I hear a small plane droning overhead, I think of my father. Sometimes I imagine him sitting up there, perched in the cockpit. It has been like this for as long as I remember” says Garden.

Oscar Garden’s flight – the third fastest after veteran aviators Bert Hinkler and Charles Kingsford – captured the world’s imagination. With a lack of fanfare, he had given the impression he had just set out on a short pleasure trip, instead of the most formidable feat in aerial navigation. The press dubbed him ‘Sundowner of the Skies’. Unlike most of his contemporaries who died in crashes, he survived and went on to a career in commercial aviation. Oscar ended up as Chief Pilot of Tasman Empire Airways, the forerunner of Air New Zealand, but left suddenly in 1947. He never flew a plane again.

Readers also enjoyed this book on being Perfectly Imperfect. 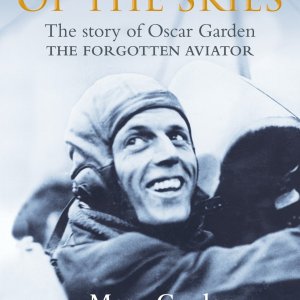 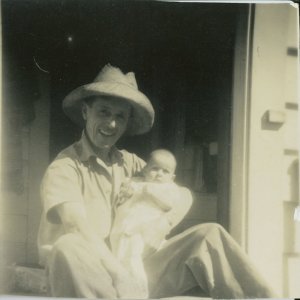 ← Bricking With The Blokes
Stow invited to EMBO →