Mem Fox AM and Alison Lester were honoured at this year’s Australia Post Legends Awards which celebrates their significant contribution to Australian children’s literature. Morris Gleitzman, Leigh Hobbs and Shaun Tan will also be honoured in this year’s awards at official Australia Day Council events in Melbourne in Sydney this month.

The 2019 legends will each have their portrait featured on new postage stamps which will form part of the 2019 Australian Legends of Children’s Literature stamp issue. Australia Post Executive General Manager Community & Consumer, Nicole Sheffield, said these outstanding individuals have been recognised for their part in shaping the social and cultural life of Australia. “This year’s recipients are celebrated authors who create impactful stories that children and adolescents love and remember,” Nicole said. “I really cherished reading stories to my children when they were small, and now enjoy seeing them explore new perspectives and ideas with books as they’ve gotten older. These authors hold a very special place in the bookshelves of many Australian families, and we’re excited to celebrate their achievements with this new stamp release.”

Now in its 23rd year, the Australia Post Legends Award celebrates living Australians who have made a unique contribution to the nation through their field of endeavour, inspiring the community and influencing the way Australians think about themselves and the community. Past recipients include Sir Donald Bradman, Dame Joan Sutherland, Barry Humphries, Sir Gustav Nossal, Dame Elisabeth Murdoch, Cate Blanchett, Stephanie Alexander, Rod Laver and Bert Newton.

Each Legend will be presented at the luncheon with a 24-carat-gold replica of the stamp on which they are represented. The 2019 Australian Legends of Children’s Literature stamp issue comprises of five $1 stamps, a first day cover, stamp pack, maxicard set, five booklets of ten $1 stamps, and a booklet collection pack. 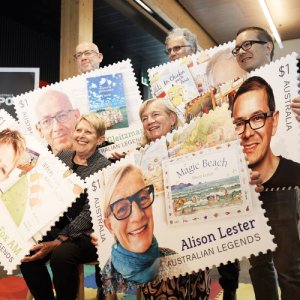 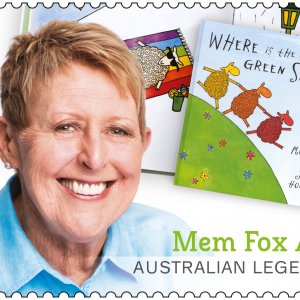 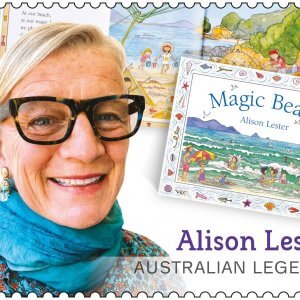