Ash Barty won her first Grand Slam singles title with a stunning victory over Czech teenager Marketa Vondrousova in the French Open final. The 23-year old from Queensland won 6-1 6-3 to become Australia’s first singles champion at Roland Garros since Margaret Court in 1973. Sam Stosur, a French Open finalist in 2010, was the last Australian to win a major singles title at the 2011 US Open.

“It’s unbelievable,” said Barty. “I’m a little bit speechless. I played the perfect match today. I’m so proud of myself and my team. It’s just been an incredible two weeks. It’s a special place for Australian players. Sam has done so well here in the past, she’s been so close before. I’m incredibly proud of what I’ve been able to achieve. It’s just been a magical two weeks.”

Barty will rise to number two in the new world rankings next week – the highest for an Australian woman since Evonne Goolagong Cawley in 1976. She could not have hoped for a better performance in her maiden Slam singles final, dismissing the 19-year old Vondrousova in just 70 minutes.

Barty dominated from the outset and made sure there was no repeat of Friday’s semifinal, when she let a 5-0 first-set lead slip against Amanda Anisimova. The Aussie dropped serve at 4-0 but hit straight back and clinched the opening set with a rasping forehand winner after 28 minutes. An immediate break in the second set maintained Barty’s momentum and although Vondrousova was now extending the games into tighter contests, she could not cut the deficit. Barty’s serve, so impressive throughout the tournament, grew stronger as the second set wore on and there was little sign of a way back for Vondrousova.

The Australian made sure her nerve was not tested by having to serve out for the title as she broke for the fifth and final time, thumping away a smash on match point before crouching on the red clay in celebration.

Readers also enjoyed this story about this sporty mumpreneur. 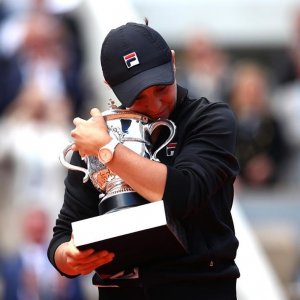 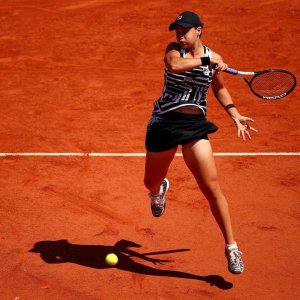 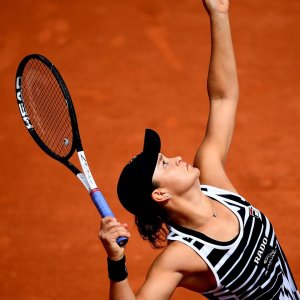