Cyclist Sara Carrigan’s life-long dream of winning an Olympic gold medal came true, as she took out the top spot in the 130 kilometre Road Race at the 2004 Athens Olympic Games. But when a tragic accident occurred ahead of a road race in Germany later that year (2005) that saw members of her Australian cycling team hit and one, Amy Gillett killed by a motorist, while training, Sara’s ability to perform wavered. While not involved in the accident herself, the real risk of road cycling hit Sara hard, and the emotional impact shattered her confidence.

“As a young girl, I remember watching the 1992 Barcelona Olympic Games and a dream was born! I wanted to represent Australia, wear the green and gold and become the best in the world and win an Olympic Gold Medal. However, I had no idea in what sport or how it would even be possible for me to reach those heights,” Sara said. When she discovered cycling, though, she found her ticket to gold. Sara enjoyed the freedom riding her bike gave her, a feeling she relishes to this day. “I love that I can ride wherever, whenever and with whomever and I love the adventure that this brings. I love the exploration that comes with being able to pedal through mountains or alongside the beach, breathing in the fresh air, enjoying the beauty of the breathtaking views, and relishing in the feel of being at one with nature. On my bike, I feel so alive!”

Following the accident in Germany, for the next two years, Sara continued racing, however she admits she never quite got back to level she had been at. For the first time in her cycling career, she realised she was paralysed by fear. “As an athlete, it hampered me, it took a lot of soul searching to get back to a place that was required to be compete at my best. As a person, it helped me with perspective. As a coach, it helped me with empathy and understanding fear,” Sara said. “I took a year off from cycling after the accident and used that time to heal, replenish, and revive. After not wanting to ride at all for a number of months, the fire in my belly slowly started to rekindle and I became like a devoted investigator searching for ways and means to get myself back to full throttle.”

Following her own personal struggles on the bike, Sara retired from professional cycling in December 2008 and by February 2009, opened her own cycling school to educate people about road safety and inspire others to experience the same joys of riding she had. Her personal experience of being paralysed by fear has given her the ability to help others. “I learnt that fear is very much a product of the mind and more about an internal struggle, rather than the outer reality,” Sara said. “This process helped me as a coach now to understand the fears of those who want to ride a bike for the first time or those wanting to feel confident, skilled and safe to enjoy the wonders of riding a bike. Before long, fears are transformed into a rush of endorphins, a huge smile and a true feeling of confidence and living life to the full. That’s what it’s all about!” 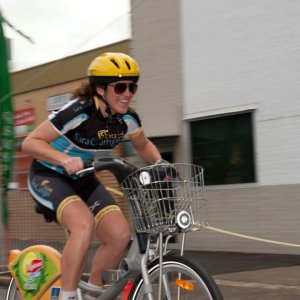 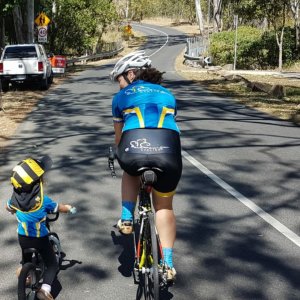 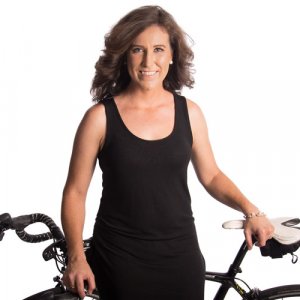