Kate Williams launched Retreat Yourself Box in December 2015. The startup has grown exponentially since 2015. Kate says, “We’ve grown 300 per cent in the past year and are forecast to turnover upward of $2 million next financial year”.

After years of traveling and volunteering, Kate found herself working in the corporate sector. She started to notice how stressed, pressured and time poor people are. This made her think about the health industry and how it was failing every day Australians. “The flaws I noticed in the health industry was that it’s very much focused on food and fitness as the main road to wellness, with a lot of focus on aesthetic changes being a measure of health,” she said. During her corporate stint, Kate realised how many people were struggling with mental health issues, “I also noticed the skyrocketing rates of anxiety, depression, and stress, and the lack of anything much being done about this from a health and lifestyle perspective.

This chapter of Kate’s life led to the idea of Retreat Yourself Box, a proudly Australian, wellness subscription box which started out as a micro startup and blossomed into a $2 million business. She says, “I wanted to create a product that wasn’t just a ‘product’, but actually had a hugely positive impact on someone’s quality of life. Something that encouraged them to slow down and pause for a moment to refill their cup, that helped them find more happiness, fulfillment and a sense of wellbeing in the hustle and bustle of this modern world. Something that gave them a way to ‘retreat’ from the chaos of daily life, without having to spend $1000s to go away on a health retreat or months of planning”.

She continues, “I also wanted to create a brand that encouraged people to think outside of the box when it came to health, and to make minor improvements across multiple areas of their life, resulting in a dramatic increase in their overall sense of wellbeing. Because ultimately, health is a vehicle that provides you with the energy to live your happiest life.” 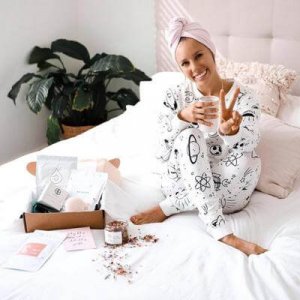 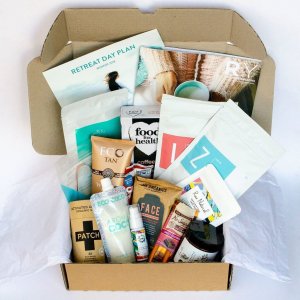 Words by Jade Murray
Images via Retreat Yourself