Like never before, women’s voices are being heard loud and clear across the globe and Joanne Brookfield’s brand new book No Apologies: Women in Comedy Claiming their Space, Finding their Voices and Telling their Stories aims to keep that conversation going.

No Apologies features interviews with 60 women in comedy. As the Sunshine State is now an integral part of Australia’s thriving summer-circuit of festivals, many of the comedians featured in the book are performing live as part of the Brisbane Comedy Festival, such as Brisbane-based Steph Tisdell and Mel Buttle, along with Felicity Ward and Geraldine Hickey; then at the GC Laughs Festival will be Fiona O’Loughlin and Mandy Nolan. The national tour of Urzila Carlson will see her visiting Brisbane and Townsville in May and Judith Lucy will hit Brisbane in June.

Tessa Waters, from the award-winning Fringe Wives Club and comedy legend Bev Killick are both originally from Queensland and they feature in the book alongside trailblazers Wendy Harmer and Rachel Berger; household names Denise Scott, Fiona O’Loughlin and Jo Stanley; Netflix star Cal Wilson; and the current Queens of TV Comedy, The Kates (Kate McLennan and Kate McCartney). The book also includes insights from international smash-hits Hot Brown Honey plus rising stars such as Annie Louey and Anna Piper Scott and chats with women who work behind the scenes as well.

While the book talks specifically with women in comedy, the stories they tell are universal. Breaking down barriers, taking charge and creating change; permission, confidence, ambition, moving overseas, starting over, wanting to quit, money, motherhood and menopause, coming out, surviving cancer, mental health. No Apologies covers plenty of ground relevant to all women, as this diverse collection of fabulous and funny women share the ways they have lived the feminist mantra of ‘nevertheless, she persisted’ and the triumphs they have enjoyed as a result. 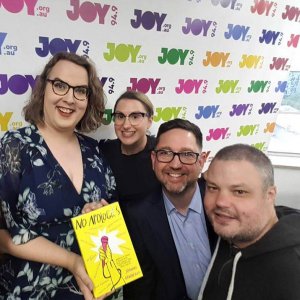 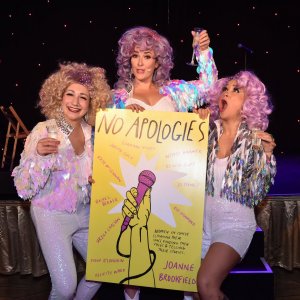 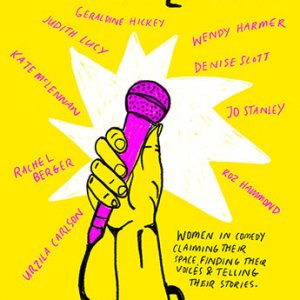