Dui Cameron has always loved drawing and dress ups.  The leap, then to designer and driving force behind her own clothing label, Boom Shankar, was a natural one.

The Noosaville based label distributes to more than 200 stockists throughout Australia. Before Dui’s success in the Australian market, she had a humble beginning at the Anjuna flea markets in Goa.  During her travels through India, she found inspiration in the colours and movement of her friend’s saris. From here an idea was born and Dui began sourcing second-hand wedding saris, transforming them into one off pieces and selling them at the markets. After five years of success in India, Dui decided to return home to Australia and try her luck at the Eumundi Markets on the Sunshine Coast.

Despite Boom Shankar’s growth, Dui’s approach remains anchored in the same principles that motivated her early success: a sense of fun and adventure, a love of colour and design, a great respect for Indian culture and people, and a commitment to the community. Dui splits her time between her home on the Sunshine Coast, where she designs the pieces and her farmhouse in Rajasthan, where she works with fabric printers, pattern makers and craftsman to assemble each season’s range. Dui’s pieces merge Indian inspired embroidery with easy to wear Australian designs making them perfect for every occasion. 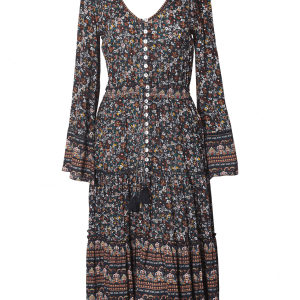 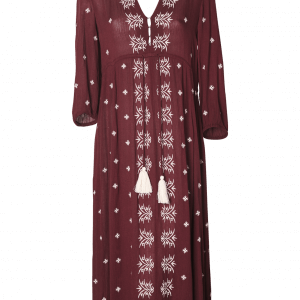