Brisbane author Chrissie Junge spent four years living in the back of a truck in Brisbane’s streets. During the pandemic, she decided to revive Alfredo, a children’s book she wrote at the age of 11, launching on 16 May.

Chrissie purchased the truck in Adelaide and learned to drive it on her homeward journey. “I lived in it from day one, an empty metal box with just a few bags of my things inside and a freezing floor. Each time I managed to build something new, my comfort drastically improved,” said Chrissie.

The crisis came when COVID -19 hit. The parks she lived in and the public gyms she required for showering closed their doors. As Chrissie was confined to her truck, she found a way to overcome what she calls the ‘lockdown blues’ by finishing a children’s book she wrote and illustrated as a kid. “The story never really left me. It was always chilling in the wings. I knew from a young age it would be published, though it was always a matter of finishing it first. I started writing Alfredo when I was around eleven and then spent my young teens slowly drawing and colouring in the illustrations,” says Chrissie.

Alfredo is a first chapter book aimed at young readers. The story follows a young rescue parrot’s adventures while searching for his human family after being kidnapped and smuggled abroad. She is launching the book with Gold Coast publisher Ocean Reeve. All profits from the book will go to Australian pet rescue organisations.

Chrissie held Alfredo’s launch party on 16 May at the Hamilton Hotel in Brisbane. “I decided to throw it in a colourful beer garden and shout people some beer, bubbly and snacks,  just relax and meet people for the fun of it. Instantly it became something to look forward to rather than lose sleep over.” 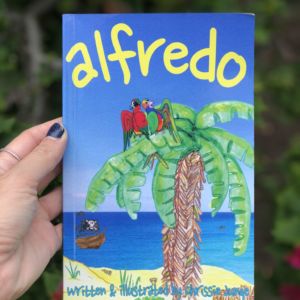 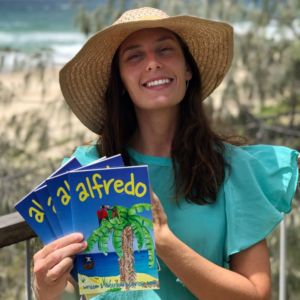 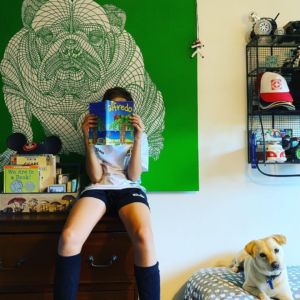 One of Chrissie's readers