Holly Ferling’s list of achievements is impressive for someone so young. One of the rising stars of international cricket, she has recently been announced as a Variety Ambassador.

Variety is a children’s charity that works to help children in need from a wide range of backgrounds.  Through 13,000 grants, families have received mobility equipment, medical supplies, technology, scholarships and a support network. Holly’s international cricket career, education goals and commitments make her an inspiring ambassador for the children, parents and volunteers involved in the organisation. “I’m a Variety Ambassador because I believe all kids deserve to have the same wonderful opportunities to pursue their dreams, just like I had,” Holly said.

On the back of standout performances at club level, Holly was added to Queensland Fire’s rookie list at the age of 14. Following an impressive performance at the Under-18 National Championships in 2011-12, she became the first female player to win the Ken Mackay Trophy for the Queensland Junior Cricketer of the Year. Her efforts also saw her called into the Australia A Women’s Team for their tour of New Zealand in early 2012.

In her debut domestic season, Holly earned a place in the Women’s National Cricket League 50-over Team of the Year, and she was selected in the squad for the ICC Women’s World Cup in India in 2013. Aged 17, Ferling announced herself on the international stage, taking 2-10 from three overs in Australia’s opening match of the tournament. She went on to take nine wickets during the World Cup and was named 12th in the Team of the Tournament. Holly also helped Australia reclaim the Ashes from England in mid-2015.

When she is not playing cricket, Holly is at university, studying a Bachelor of Mass Communications majoring in Journalism and Public Relations. She also works in the newsroom at the 4BC radio. 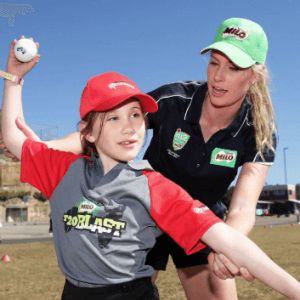 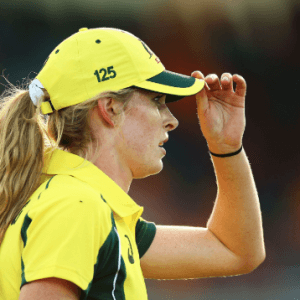 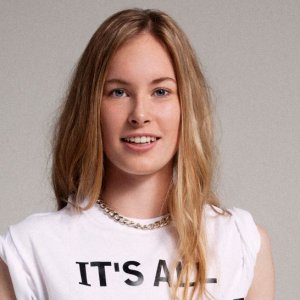