In 2007, Cynthia survived a plane crash. At the time, she was a respected journalist, working as the foreign affairs and defence correspondent for the Sydney Morning Herald. In March 2007, she was onboard Garuda Indonesia Flight 200. It came in to land at Yogyakarta airport too steep and too fast, over-ran the runway and burst into flames. Twenty-one people died, including five Australians. Cynthia suffered burns to 60 per cent of her body, and contracted infections from the water in the rice paddy the plane came down in. The infections would result in amputations to both of her legs.

Cynthia said A Certain Light was written for her young son so he would know what had happened to his mother. “This book tells a story that I tried to write many times before, but couldn’t. For a long time, it was too painful to tell,” Cynthia said. “It is also one I hadn’t known how to tell. It had to be more than a story about surviving a plane crash, a random event without intrinsic meaning.”

While writing the book, Cynthia discovered that the lives of her Italian grandfather, Alfredo, and his intriguing older sister, Amelia, resonated with her own. Discovering their sacrifice, joy, fear and love, from Trieste to Germany and America, and finally to Australia, their stories mirror Cynthia’s own determination and courage in the face of overwhelming adversity.

Cynthia grew up in Sydney and worked there as a solicitor and later in Canberra for the Sydney Morning Herald. She completed a Doctor of Philosophy and a Master of International Affairs at the Australian National University. In 2015, she was awarded the UQ Fellowship at the University of Queensland to research and teach in the School of Political Science and International Studies. She met her husband, Michael, while reporting for The Herald at the Federal Parliamentary Press Gallery. Michael introduced her to Australian Rules football and she is now an ambassador for the Sydney Swans Football Club. Cynthia said “Life is not defined by the bad things that happen to us. It certainly isn’t for me.”

A Certain Light is published by Allen & Unwin. 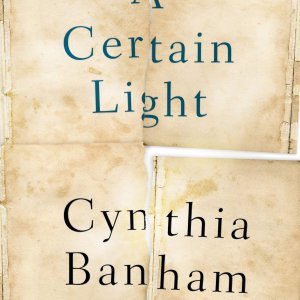