Latoya Thomson wants other women to feel like they are not alone. After a complicated pregnancy that saw her nearly lose her son, the mother-of-four from Queensland’s Sunshine Coast hit “rock bottom”, her mental health in shatters.

“I looked around and decided this wasn’t a place to be in, it wasn’t a place that any woman should be in,” she said. “I decided to create a space where we could start a healing journey together. Back when my grandmother was young you had aunties, sisters and mothers helping you raise children and the support of lots of other women. Now many do it on their own, and I wanted to create a support network where women could come together and reach each other up to incredible heights.”

To create this support network Thomson, who owns the Sunshine Coast business A Touch of Deep Love, has launched Women’s Retreats in the Sunshine Coast Hinterland. The single-day retreats encourage women to focus on self-care and equip them with the tools they need to create a positive change. The first retreat will be held on 20 April at the aptly named Changing Habits Farm and will include motivational speakers, yoga, floral workshops and an empowering photo shoot. “The women will have photos taken by a therapist photographer who will talk to them about any insecurities they are struggling with or anything that holds them back,” Thomson said. “She will help them overcome that with a positive affirmation that’s the opposite of what they’re feeling.”

Thomson’s own journey to recovery started after she struggled with a complicated pregnancy last year that saw her in-and-out of hospital for nine months. “My son, Grayson, was born with lung disease and we nearly lost him,” Thomson said. “He spent quite some time in ICU, and with three other kids at home and running two businesses, I went in to survival mode – I didn’t look after myself at all.”

Thankfully Grayson recovered and is now a happy, healthy baby. A Touch of Deep Love will initially run the Women’s Retreats every three months with the intention to make them a monthly offering. The retreats will provide a space for women to make mental health and their personal wellbeing a priority, and finish with a three-course dinner under the stars. 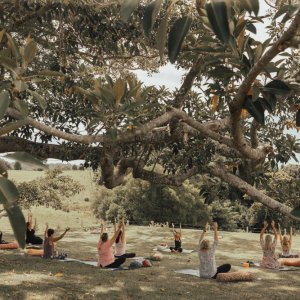 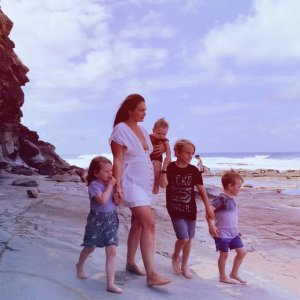 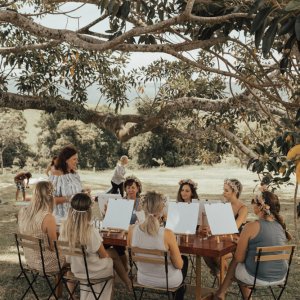 Words by Ashley Hanger
Images via A Touch of Deep Love