As the only female racer entered in Factory Xtreme, Gina Bullians is looking to dominate in her 20b Mazda RX8 at the 2019 Garrett Advanced Motion Brisbane Jamboree. The exciting two-day event is one of the world’s largest Sports Compact Drag Racing events featuring over 200 competitors from all over Australia and New Zealand, including world record holding race cars and drivers.

Factory Xtreme cars are full-bodied purpose-built, pro stock styled, turbocharged, Rear-Wheel Drive race cars with very few restrictions and are considered one of the most exciting categories in drag racing both in terms of drag racing technology and horsepower.

Bullians has been racing since the age of 21, and over the past 19 years she has also participated in Circuit racing and drifting but drag racing is the motorsport where she continues to be the undisputed Factory Xtreme Queen.

“I have raced an array of cars over the years, but when I moved to Australia from New Zealand in 2011, that was when I jumped into my first purpose built drag car,” she said. “I ran this car in the Pro Turbo class, becoming the first female to compete in this class and I also gained the Australian import record for first ¾ chassis to run over 200mph and was the quickest ¾ chassis with a 6.87 et, a record I held until recently.”

Bullians is currently the quickest female import drag racer in the world, a title she plans to defend at this year’s Brisbane Jamboree to prove that men and women can compete on equal terms in motorsport.“Brisbane Jamboree is going to be a big one for us. We have made several upgrades to the car and are very excited to see the improvements. Our aim is to better our time, dropping into the 6.3 zone and run over 220mph,” she said.

Bullians is the shop manager for Mazsport, and as well as managing all day to day duties for the business, she assists with maintaining and servicing the race cars between events. When she is not racing, Bullians crews for other race teams, tracks data, packs parachutes, and is never far away from the action. 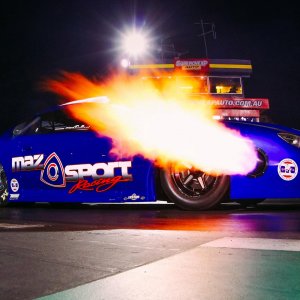 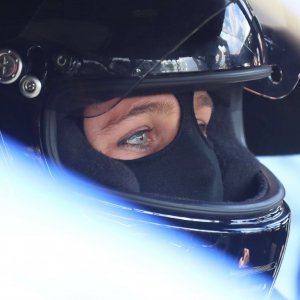 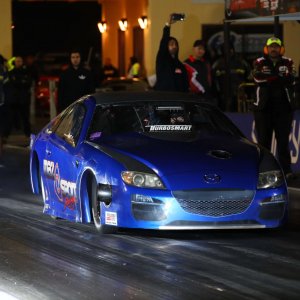