From a rundown farmhouse to New York Fashion Week, Kellie Nobes and Ashlee Lauren have come a long way. At a farmhouse on the outskirts of Mount Gambier, Kellie was making her modelling debut

“I was standing in a floor-length lace gown held together with a suave bulldog clip, my bust stuffed with tissues and the masterpiece, a jewelled bouquet in my hand,” Kellie said. The bouquet was designed and created by a woman Kellie says she considered a role model and is now lucky enough to call family, Ashlee Lauren. From rustic jewelled bouquets and simple bridal accessories the Ashlee Lauren label has matured into a collection of hand made couture designer headwear.

In 2017, the label released its first fashion-based accessory collection. The collection was daring, bold, different and soon captured the attention of celebrities and icons in the industry. “Before long a Sydney and NYC PR events agency, Fashion Palette approached Ashlee to host a runway. A runway at……New York Fashion Week!” Kellie said she was so proud that Ashlee and her label had been invited to the event, which she describes as the messiah of fashion and culture. Kellie had followed her friend’s success for a long time. Her desire to work in the fashion industry, though, ran deep. “Ashlee approached me in June this year, and offered me the chance to take on an important role in her business, with the genuine possibility of heading to New York Fashion Week.”

The road to New York, though was not an easy one, which the duo realised as they began planning. “New York no longer a dream, but an overwhelming, exciting reality if we were willing to put in the hard yards,” Kellie said. Money was the biggest obstacle, with costly upfront expenses necessary for the experience. Getting on the runway alone would cost $25,000. This figure did not include flights, accommodation or any other overheads. For Ashlee, now a work from home mum of two young boys and Kellie, a twenty-something store manager, this sort of cash was not easily accessible. “Our tight-knit community caught wind of this enormous opportunity and quickly came to our aid. We were able to successfully reach a Kickstarter goal of $10,000 with the cherry-on-top coming in the form of a fundraising event Thyme For New York at Thyme at the Lakes in which the generosity of the community was made evident in a very short time, and had us lost for words,” Kellie said. “We raised the money, and could now really commit to the trip of a lifetime.”

Reaching the pinnacle of the fashion world, though, has not seen Kellie and Ashlee slow down. “Amidst this New York whirlwind, the last two months has seen us launch a new business venture, Designer Crown Hire, tackle many photoshoots, create our own original branding, participate in collaborations, glam up for the Women in Business Awards, construct a brand new website which will be unveiled shortly, launch a wholesale side to the business and Ashlee has designed and created her 10 pieces for New York, the Zenith Collection.” 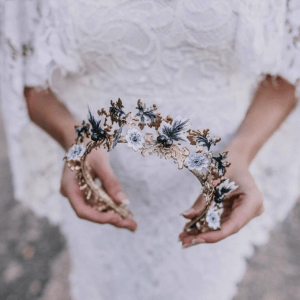 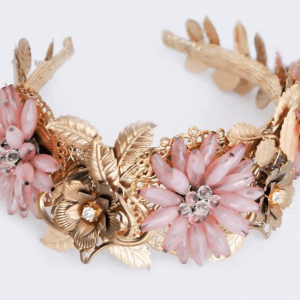