Some of Australia’s best Canopy Pilots took to Perth’s skies, as the 2019 Australian and New Zealand Canopy Piloting Nationals take place in York from 4 to 7 April. Canopy Pilots from across the nation, competed in intermediate and open categories, with the 12 winners across the four-day championship taking the title of representing Australia in the upcoming World Championships in South Africa this year.

Run by Australian Parachute Federation and Skydive Australia, a large contingent of supporters, judges, officials, sponsors and spectators will descend on Avon Valley for the final dive division of this significant national competition. Meet Director Ronnie Perry said the championships are a great opportunity to introduce competitive skydiving to a wider audience. “While many people see skydiving as a one-off tandem activity, those who choose to compete or follow competitive skydiving discover the super-charged atmosphere which skydiving embodies,” he said.

Saturday saw the 2019 Australian and New Zealand Canopy Piloting Championships come to a close in Perth, and female parachutists won big, recording the most female competitors in a Canopy Piloting competition ever. Seven women contested the intermediate division title, with Shana Harris and Amy Jamieson taking the top two spots for females and 12th and 14th place respectively.

Perry said the town of York will also host the 2020 Australian and New Zealand Skydiving Championships. The 2020 event will be a Mondial, where all divisions will compete in the one location. “Skydiving is a spectacular spectator sport, as it looks like fireworks in the sky when all those chutes open up. We look forward to hosting such talented competitors at our full-service drop zone and welcoming the WA community to four-days of action-packed entertainment,” he said. The open canopy division will capitalise on weather conditions, with each competitor jumping in three rounds each of speed, distance and accuracy for a total of nine rounds. 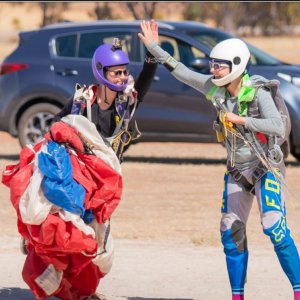 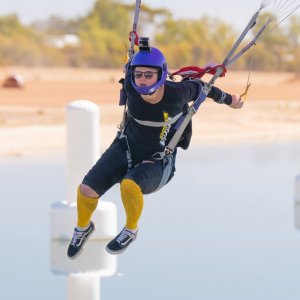 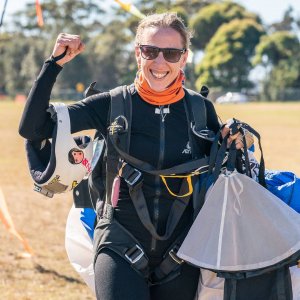