Kathrin Longhurst‘s highly anticipated second solo exhibition, Fighters and Dreamers captures glamorous women in military attire and brave young people as a commentary on activism and pioneers in the modern day. Each skillfully and meticulously oil-painted piece is layered in themes of sexuality and power and often remarks to oppressive social norms for women when it comes to appearance and traditional role-playing. “Fighters and Dreamers is inspired by the relentless work of pioneers, activists and visionaries in dreaming up a better future for all and working on making it happen. It is a commentary on changing social norms and the pushback resulting from it,” said Ms. Longherst.

Longhurst focusses on challenging the status quo by juxtaposing the ruby red lips and seductive stares of the women with weaponry, military uniforms and graphic, screen-printed blueprints to dismantle the patriarchy. A true artistic trailblazer, her first solo exhibition with Gallery One, Ode To Femme (2018), explored the power of womanhood and challenged traditional male archetypes found in propaganda war posters which she continues to explore in Fighters and Dreamers.

Longhurst pays homage throughout her exhibition to her childhood growing up in socialist East Germany where optimist propaganda art dominated the art scene. When she was just fifteen, her family escaped from behind the iron curtain, relocating to Sweden. The jarring transition from living under a totalitarian regime to a democracy has given Longhurst a unique insight to explore concepts of freedom of speech, sexism, and power. “My heroes are often children and women, not usually cast as the protagonist in epic battles or legends of great deeds. They are vulnerable but strong and courageous, reshaping female ideals and perception of gender stereotypes,” added Longhurst.

As an award-winning artist and finalist in numerous art awards including the 2018 Archibald Portrait Prize her upcoming exhibition is set to be one of Queensland’s most coveted art events of the year. Fighters and Dreamers will be opening at Gallery One, Southport October 4th to October 31st. 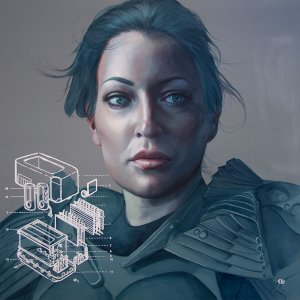 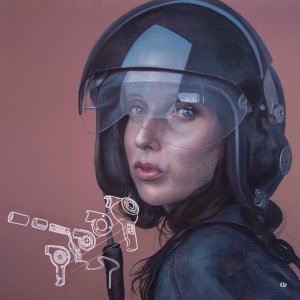 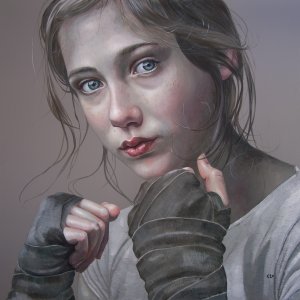