For most six-year olds, outdoor science projects are a grubby fingered excavation of earth worms and unsuspecting grasshoppers. However, fledging scientist Grace Fulton has already outgrown the fundamental stages of scientific research.

Today, six-year old Fulton’s fascination with feathered predators of the nights has led her to become possibly one of Australia’s youngest scientist to enter the field of protecting precious owl species. Published on March 12 this year, Fulton appeared as a leading author in a research article: A comparison of urban and peri-urban/hinterland nocturnal birds at Brisbane, Australia.

Hatching from Fulton and her father’s moonlit expeditions into the rainforests since Grace was aged four, the duo’s ventures developed into a scientific expedition. Joining her father Graham Fulton alongside his colleague Yee Wan Cheung, the article the trio has authored embodies their investigations into the owl population whilst their habitats decline.

Studying as a PhD student at the School of Biological Science at UQ, Fulton’s father is eager to support his daughter’s innate curiosity. The Fultons’ most recent expeditions have lead them to two different sites in Brisbane. The first was one close to their home in suburban Brisbane, and the other in the rainforests of Mount Glorious, outside the city. “Grace and I were keen to compare how forest owls and other nocturnal birds do in dense urban areas compared to leafy, wild places like Mount Glorious,” explains her father.

No indications have been made about the young explorer’s next ventures. Even so, Fulton’s youthful inquisitions have been deeply encouraged by her father’s involvement and pose exciting possibilities for the two in the years to come. “Ever since she was two years old she’s never stopped asking why, and I’m thrilled to help foster her curiosity about the natural world.” 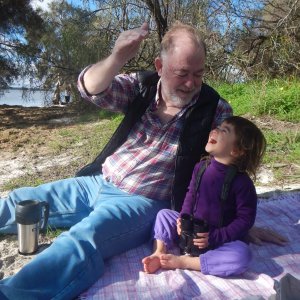 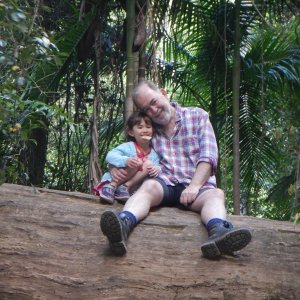