The launch of Brisbane French Theatre followed the company’s branching out from its sister company, Growl Theatre. “We all loved our experience with the Growl Theatre and wanted to take it to the next step,” said Celine. Located in the new Queensland Multicultural Centre at Kangaroo Point, Brisbane French Theatre is performing two shows per year and also plans to offer affordable acting courses for community members. The introduction of acting classes is intended to allow people to express their creativity while practising and learning French.

Celine and her team had noticed that French culture is incredibly prominent in Brisbane, whether because France is a popular holiday draw or because Australian culture is saturated with a French influence. “Europe and France in particular are popular tourist destinations for Australians,” Celine said. “Most people here know France through internationally famous movies such as Amélie, and of course, Australians love French gastronomy with its croissants, baguettes and red wines,” she said.

Celine left Perth and found herself in the eccentric and vibrant West End allowed her to find a suburb brimming with people equally as passionate about artistic expression and different cultures.

Dabbling in drama, Celine discovered her niche within Growl Theatre. “I moved to Brisbane from Perth in 2016 and wanted to get involved in some social activities to meet new people,” said Celine. “I volunteered for Growl Theatre, a not-for-profit organisation which used to run a French play once a year. I met the Brisbane French Theatre team and loved the multicultural aspect of the organisation,” she explained. “It was a great way to be part of the French community whilst giving back to the local community by performing and sharing our culture and experience.” 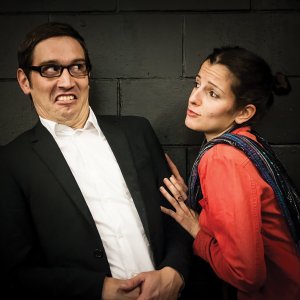 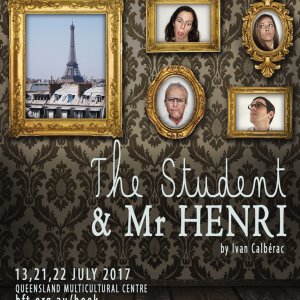 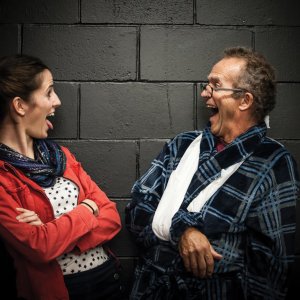