Gaming For A Cause

XP Esports Women’s League is supporting Pink October with the Gaming for a Cause initiative. More than 45 per cent of the Australian gaming population identifies as female. The Brisbane-based company, XP Esports, is taking action to help the fight against breast cancer.

This Pink October, Season 3 of the XP Women’s League will be dedicated to raising awareness and funds for the Cancer Council. This is an unprecedented opportunity for women in the Australian Esports and gaming industry to rally together and make a difference. Breast cancer research is integral to improving understanding of how breast cancer originates, grows, and spreads.

As part of their fundraising campaign, the team at XP has created an ‘XP Women’s League’ donation page on ‘Do it For Cancer’ and will be encouraging players, their family, and friends, gaming supporters, and the general public to donate.

The company has also changed its logo to pink on all social media channels as a way of shining light on such a critical issue. XP will continue to show their support throughout Pink October by using their website, Instagram, Facebook, Twitter, TikTok, and Twitch as fundraising platforms.

In October, players and broadcasters will be wearing pink and a QR code will be available on screen for further donations. An avid gamer and a member of the leadership team at XP Esports, Tenielle Lynch states the importance of honouring Breast Cancer Awareness, “Breast cancer remains one of the most common cancers among Australian women.

Every effort, every donation can make the difference, and we really want to show our support to the community”, says Tenielle. All women in Australia and New Zealand, aged 16 and above, are encouraged to enter the XP Women’s League competition. 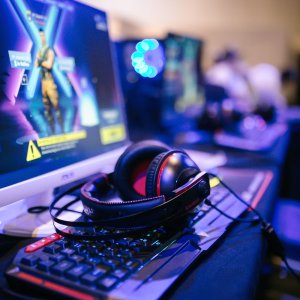