Alecia Eway has been recognised as a hotel hero for Hilton Brisbane’s 100 year celebrations through the Hilton Effect program.

Born in the Philippines, Alecia married an Australian and found herself applying for hospitality positions in Brisbane. Starting as a seamstress the day after her interview, Alecia has been working for the Hilton Brisbane since its opening in November 1986, helping all 280 team members with their uniforms as well as being in charge of all of the hotel’s linen. With the employee number ‘six’, Alecia has played a huge role in instilling the international hotel chain’s core values of attention to detail and care of service.

Alecia says it is an honour and privilege to be chosen as a Hilton Brisbane Hero, having been witness to Brisbane’s changing setting over the past 32 years. “I love my job as a seamstress, and I have a small section within the housekeeping department which is totally under my control,” said Alecia. “I also enjoy the autonomy and responsibilities of working with uniforms for around 280 team members and all of the linen of the hotel. I am happy to have made many good friends at the Hilton and enjoyed working with a very diverse team and have enjoyed learning about different cultures.”

Alecia has a number of incredible stories under her belt involving Dolly Parton, the Dali Lama and a number one world golfer, however what really keeps her going is being able to support her family in the Philippines, including financing her brother and sister’s Bachelor degrees as well as supporting her disabled sister who still lives in her home-country. “I have had the opportunity to meet and fulfil some special requests for many celebrities during my time. One of the most memorable moments was meeting Dolly Parton and she requested that I mend some buttons on one of her dresses. She was so thankful. I remember specifically how tiny her waist was and that she was such a kind person. I have also delivered requests and done mending for Prime Ministers, Religious leaders and other celebrities. I remember the Dali Lama did not use our napkins, as he travels with his own.”

Even after 32 years, Alecia still comes to work with a smile on her face, happy and awaiting the challenges that face the coming day. One of her biggest achievements to date has been reducing waste and saving money and resources by repurposing retired linen. Across her three decades at Hilton Brisbane, Alecia has remained in the same role, having worked for nine General Managers and 14 Executive Housekeepers.

Readers also enjoyed this story about Hair Aid in Manila. 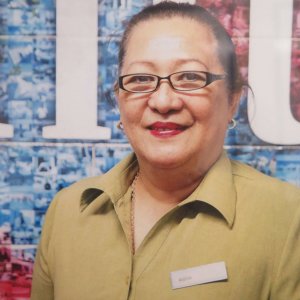 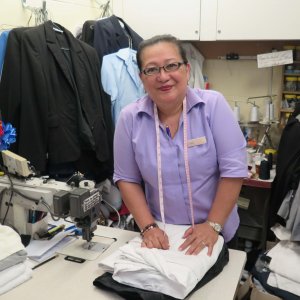 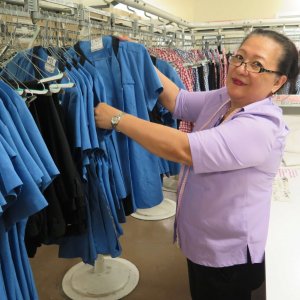