At just 16 years of age, Jessica Watson became the youngest person to sail solo around the world. Achieving such a feat at a young age proves the determination and imagination that Jessica possesses, traits she has cultivated and honed into her newest pursuit, writing.

Her first work of fiction, Indigo Blue was released earlier this year. Published by Hachette Australia, the novel explores sailing as a theme and also delves into the areas of friendship, fitting in and being on the cusp of something more. The story follows Alex who is sent to live with her eccentric aunt for the final year of high school. As the new girl, no one pays much attention to her, so she buys a rundown yacht to fix up. Set in the sleepy, lakeside town of Boreen Point, Alex befriends the sailmaker’s apprentice, Sam, who provides a distraction to her world.

Though her first fictional novel, this is not Jessica’s first foray into storytelling. She has enjoyed success as a writer first with her widely read blog which detailed her solo around the world voyage. Her blog was the inspiration for her memoir, the best selling and internationally released True Spirit. Jessica’s True Spirit won the Australian Book Industry Award for General Non-Fiction Book of the Year in 2011. That same year, Jessica was named Young Australian of the Year, and in 2012 was awarded a Medal of the Order of Australia for her services to sailing and as a role model for young Australians.

With her writing successes, sailing still remains a strong focus for Jessica. She was in the youngest team to sail the Sydney to Hobart Yacht race, with the youth crew finishing second in their division, and Jessica being awarded the Jane Tate trophy for the first female skipper. She is also the co founder of Deckee.com, a website dedicated to the sailor’s life. Her role as a Youth Representative for The United Nations World Food Programme has taken her to remote Laos and refugee camps in Jordan and Lebanon. She is currently working towards her Masters of Business Management. The producers of Oscar-nominated movie Lion are currently working on a film adaption of Jessica’s story. 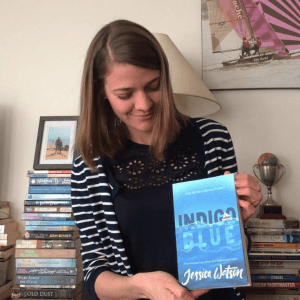 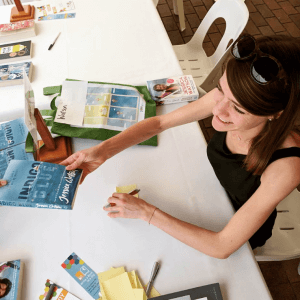