When cancer affected the lives of Heather Ferrier and Amanda Bradbury their determination to raise money to fight against cancer and participate in the Shitbox Rally was unrivaled.

Shitbox Rally is a bi-annual rally where teams rally cars that are worth under $1000 cross country to raise awareness and to fund raise for The Cancer Council.  The duo are set to compete in the autumn rally, driving from Sydney to Perth via Uluru on some of Australia’s most challenging roads.

Ferrier was the first of the duo to rally, starting in 2014, she and her sister participated after Ferrier’s six month chemotherapy treatment to fight off her terminal cancer. Bradbury hearing of Ferrier’s triumph, flew to Townsville in 2015 to watch her cross the finish line.

Bradbury was touched by the rally, and given her friends mother had recently passed away after a battle with cancer, and her father had also battled the disease, they immediately signed up for 2016.  Bradbury and friends raise more than $15,000 for the 2016 rally, and celebrated the success of the rally, despite supporting her friends sister though her surgery to remove ovarian cancer. It was this rally and the 2017 rally where Bradbury and Ferrier became close and leaned on each other for support. However, this was to be Ferrier’s last rally, as she decided retire from rallying due to the toll cancer was taking on her mental and physical health.

Last year Bradbury teamed up with Vick Pattitson to complete the rally, it is here where the name Lady Luck originated, after finding luck was on their side during the rally, with any repairs being conveniently timed and placed.

When Bradbury approached Ferrier, it took little convincing to get her to dust off her rally boots and participate in the 10th annual shitbox rally. This year the duo are racing for a close family friend Bobby, cousin Tracie and team sponsor  Arcadium HQ’s mother Danielle, with all three names given pride of place on the shitbox this year.

This year Vicki Pattison is the artist behind the Desert Diamond the 1999 Toyota Camry Wagon that Lady Luck will be driving cross country. You can expect to see the sponsors NEDS signature orange colour with the retro Lady Luck logo, with perhaps some fluffy dice hanging from the rearview mirror. Planbuild Homes, BTL Plant Hire and Johnson Real Estate are sponsoring the team.

Ferrier and Bradbury plan to stream some of their adventures mid rally on YouTube through their dashcam, so others who were not able to participate can share the journey and support virtually.

Community members can donate to the cause online.

Readers also enjoyed this story about Catwalk for a Cure. 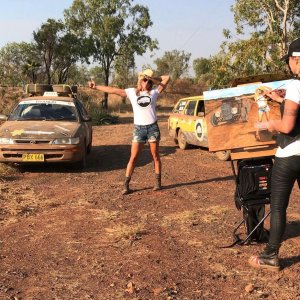 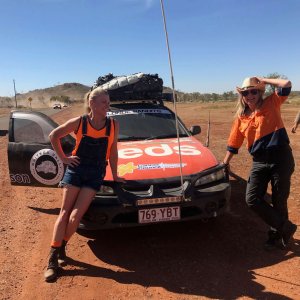 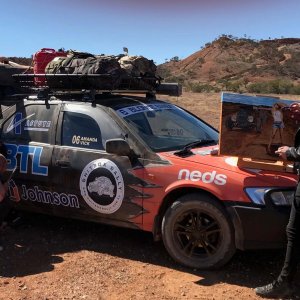 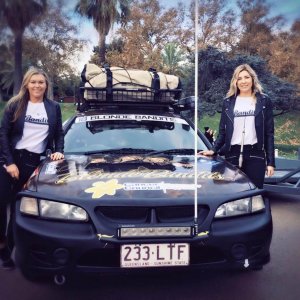 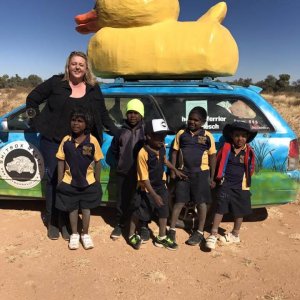 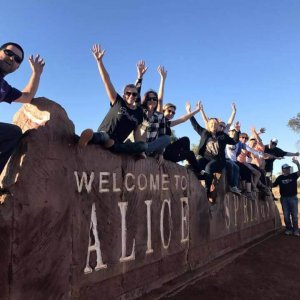