Libby McDonnell, Costume Designer and Associate Director, has been with Circa for a decade. Recently, McDonnell was awarded the 2019 Matilda Award for Best Costume Design for her work on Orpheus & Eurydice, the collaborative creation between Opera Queensland and Circa.

Born and raised in Brisbane, McDonnell’s professional career has included working as an independent artist performing and creating dance work, as an artistic director of Ballet Theatre of Queensland and choreographer for Blue Roo Theatre Company. For ten years McDonnell has worked with the teams at Circa to imagine, develop and deliver productions locally, nationally and internationally. During her time at Circa she has designed costumes for 26 productions, co-directed 3 main-stage creations and led many of the company’s engagement projects. “I have deep roots in Brisbane. Many of the people that have mentored me are from Brisbane, so to be recognized professionally in my hometown is very special,” she said.

McDonnell’s path to costume design was not straight-forward. Born and raised in Brisbane, she studied dance at QUT, before her career led her into directing and eventually costume design. “Many of the teachings I gleaned from my studies in dance, like choreographic composition and translating concepts into choreography I now apply to costume design,” she said. McDonnell said the designs for Orpheus & Eurydice were located on the seam between contemporary physical performance and opera with influences from German Expressionism. “The costumes combine the drama of opera with the considered absence of visual information synonymous with my work with Circa,” she said. “Designing for the opera has been an opportunity to create more visual drama, through access to fabrics and silhouettes that I often avoid due to technical needs of a pure circus production. 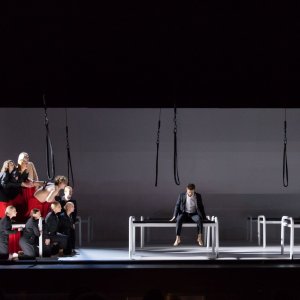 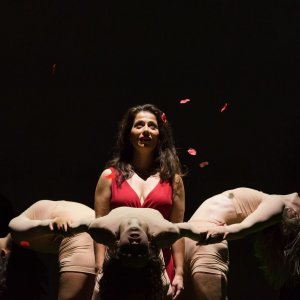 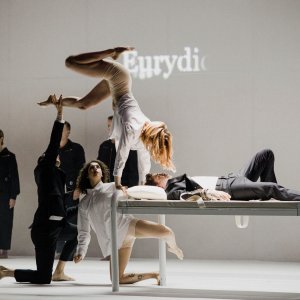