Published on March 6, 2018 | in Profiles
South East Queensland entertainer and comedienne Lisa La Celle spread the sunshine state’s sense of humour at Adelaide’s Fringe Festival in February. The entertainer showcased her comedy cabaret, The Really Real Housewife of Surfers Paradise, at the festival aiming to show southerners the decadence and dilemmas of the upper echelons of the Sunshine State society.

Lisa La says she enjoyed introducing Adelaide to the trials and tribulations of her cringe worthy alter ego, Mercedes DeLuca-Jones, and her life of glamour and glory – Surfers Paradise style.

“We all know southerners enjoy a get-away to the Gold Coast to bask in the sunshine and the glamour but Mercedes will give them a taste of what it’s like to live that lifestyle,” Lisa said.

It was Lisa’s first time performing at the Adelaide festival, with her event taking place from 16 to 18 February, and 21 to 25 February, at popular nightclub La Boheme.

In the show, Mercedes offered her sage advice on marriage, motherhood, cosmetic surgery, toyboys and of course being a reality television “mega star” all while exploring every avenue of her abundant assets to become the next Really Real Housewife of Surfers Paradise.

Lisa says she was more than excited to perform at one of the nation’s biggest arts and comedy events. “I’m 45 years old, I’m a mum with two kids, I don’t have time to muck around because the clock is ticking, which is why I am so happy to have received such great reviews for my first cabaret show and now to be in Adelaide is a dream come true,” Lisa said.

La Celle’s performance followed Lisa’s sell out season at the Brisbane Powerhouse last year as part of the Queensland Cabaret Festival and her performances at the Sitdown Comedy Club.

The performances received raving reviews from the likes of Katy Cotter of XS Entertainment and Meredith Walker of Blue Curtains Brisbane who found the show both entertaining and hilarious. 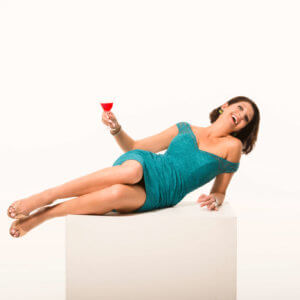 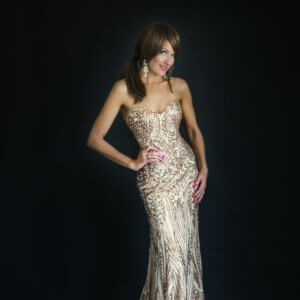 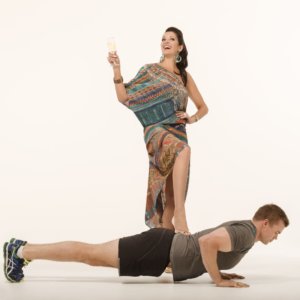