Marni Reti, a proud Palawa and Ngatiwai woman, born and raised on Gadigal land, has been announced as the recipient of the 2021 Architect’s Medallion. The Architect’s Medallion, along with a $5000 prize, is awarded annually to a NSW graduate of an accredited Master of Architecture course who has achieved distinction both in a particular subject area and generally throughout the two years of the course.

Marni has held a specially-created position for an Indigenous architecture student at award-winning firm Kaunitz Yeung Architecture since October 2018. “There is no reason architecture cannot contemporise Indigenous culture with the permission of Elders,” she says. “I have always felt very strongly against this misconceived notion that because we have trained for five years in a western institution that we know what belongs on Country better than an Uncle who has spent his entire life dedicated to its care or an Aunty who never got to go to university but has a wealth of knowledge about design and Country that extends far longer than universities have even been established here.

“I believe that communities will bring our cultural knowledge and practice to the design process and then the resulting architecture, and that this is truly a dialogue between cultural and architectural practice, each group offering expertise and experience in their fields. The outcome of that, I hope, is that we value that outcome and the dialogue that comes from it to create an incredible, meaningful, important architecture that is contextualised in the Country.”

Marni has already received recognition for being outstanding within her student cohort at the University of Technology Sydney (UTS), receiving the inaugural UTS Jumbunna Scholarship and UTS Droga Indigenous Architecture Scholarship. She grew up in the urban Indigenous environment of The Block in Eveleigh Street, Redfern, where the women who ran the Aboriginal daycare centre Murawina were a formative influence on her identity. Studying architecture was her mother’s idea, and Marni credits the Indigenous women around her with helping her become the person she is today.

During her undergraduate studies, Marni was struck by the lack of content focusing on Indigenous architecture and connection to place in the curriculum. Since then, she has become an advocate for the incorporation of Indigenous knowledge into architectural education and practice. Now that Marni has completed her studies, she is focusing on becoming registered as an architect. She will be joining fewer than 30 Indigenous architects in Australia, representing only 0.2 per cent of the 12,000 registered architects in the country. Marni is passionate about seeing those numbers increase and being a role model to young Indigenous people, particularly women, who want to pursue a career in the field.

She has worked on a number of award-winning projects delivering better healthcare facilities to Australian Indigenous communities during her time at Kaunitz Yeung Architecture, including the Puntukurnu Aboriginal Medical Services (PAMS) Newman Clinic in WA and the Aboriginal Medical Services (AMS) Physical Rehabilitation Centre in Orange, NSW. Both projects are characterised by extensive community consultation, sustainable integration of local materials, and the interpretation and translation of local artwork from the community into architectural feature elements that imbue strong ideals of ownership and connection to local communities. More recently she taught an interdisciplinary Masters Studio with David Kaunitz, Director and cofounder at Kaunitz Yeung Architecture, in Wilcannia, New South Wales.

“Marni Reti is an exceptional graduate of architecture and a highly valued member of our team,” said Kaunitz. “Marni is a talented, creative thinker who is deeply committed to engagement with Indigenous communities, bringing a breadth of experience and insight that is rare in a person so young. Already operating within strongly defined ethical boundaries, Marni has a clear vision of her future purpose as an architect and the extra cultural dimension she has to offer as a proud Palawa and Ngatiwai woman. 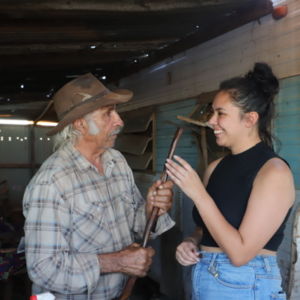 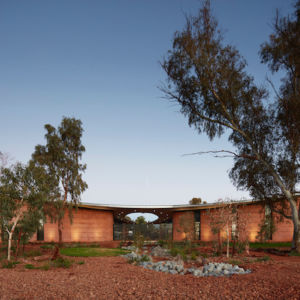 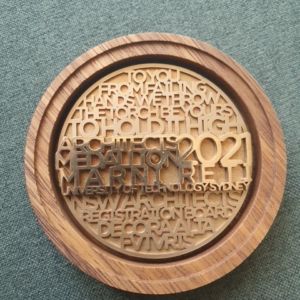 Words & Images via The PR Hub