The FIFA Women’s World Cup will be held in mid-June this year, highlighting an underlying gender roles issue where football is presumed to be a man’s game. Women are breaking these societal barriers and scaling heights in various fields and industries. Female athletes have accomplished great things and some are even millionaires. Their achievements become even more important given they have to face challenges like sexism, social norms, and more.

Despite this sad reality the Australian Women’s Soccer team stands more chance of winning a World Cup than the Socceroos. From a tactical and technical point of view this Matildas squad is one of the best prepared and equipped than any other Australian squad that has featured in the World Cup. The team is also feeling confident after their impressive performance in the Tournament of Nations. Their win against Japan in particular was instrumental in instilling a sense of belief in this squad.

The National Team coach Alen Stajcic thinks that the events of the past two years, which include another stellar performance against Japan in the WC qualifier and their recent victory over the USA, have boosted the squad’s confidence. The coach says that “the squad is now mentally prepared to face any challenge the WC brings, there is a belief now that we can win the cup”.

The support for the Women’s team may not be as overwhelming as the Men’s team receives but a large number of young fans both boys and girls turn up at matches to see their stars play. They are expecting huge things from this team and it acts as an inspiration rather than as a weight on shoulders. Alen Stajcic has made it a case to emphasise the role his players have in the fight for respect for women all over the world. He says that the team is conscious of the larger issues of sexism in football and understands that their work will be an inspiration for the future generations. In team sports the belief that the team is playing for something greater than themselves is perhaps the most important. It makes the players play with responsibility and that will surely boost the Matildas’ chances of winning.

Recently the team lost 3-2 to a Chile side which was ranked in position 39 at the time. This defeat taught them the lesson of never underestimating their opponent. A few days later they came prepared for the same opposition and thrashed Chile 5-0. Alen Stajcic has been stressing it upon the team that there shall be no place for complacency and the team has responded positively.

In addition to this the players understand the importance of arriving injury free for the competition. Important players that were injured are taking extra care to get fit in time. The Matildas are a strong contender for lifting the trophy this year. Win or not, they have already done enough to silence the argument of why women should not play football. 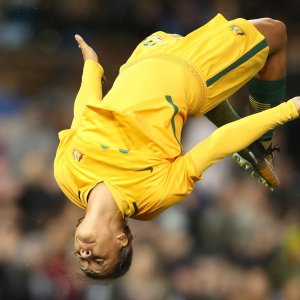 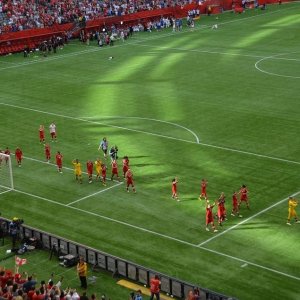 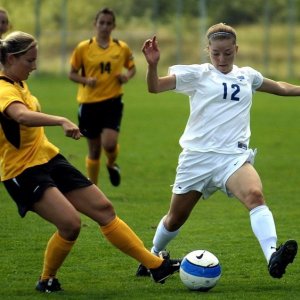