It’s never too late to start a new venture. After 40 years in the modelling and acting industry, Brigitte O’Brien took a step to being her own boss. Brigitte shares with us how she started her fresh pursuit and built her own talent business, M A X Talent Management.

“I seemed to be the person other actors and models would approach for tips and advice. I was encouraged by another actor and producer to open my own agency,” the former marketing and advertising specialist said. Brigitte’s journey to building her business started at the young age of 14, when she dabbled in a modelling course during her school holiday break. Realising she could further her potential after working on a campaign by the end of the course, she kept on going even after adversity hit.

“While filming in a remote part of New Zealand, we had a car accident,” she said. “We were filming in the back of an old army jeep with a windscreen that was able to go flat, and the cameraman was able to lay on to film – no workplace, health and safety (rules) in the ‘70s. Short story, I was thrown from the back of the jeep and woke up a few days later in hospital with multiple injuries,” the English-born, New Zealand-raised businesswoman said.

As soon as she finished school, Brigitte moved to Australia to pursue her passions as a model on the Gold Coast. The 80s brought on a time of meter maids, sun, big shoulder pads and bright colours. However, not everything was bright. During that time Brigitte’s family endured tragic hardships upon the loss of a very close family member, and her father to suicide. Despite the tough times, she soldiered on and remained focused, landing more photographic campaigns and commercials.

Many years later, with a wealth of knowledge, some great connections along the way and experience in marketing, Brigitte opened her first talent agency. “I opened M A X Talent Management 18 months ago. It has been a pretty busy 18 months. When I did my business plan, it really encompassed what I believe in and what I felt I was able to contribute in my own way to emerging talent and offer my little bit to the industry with a fresh approach,” she said.

A mother of five, Brigitte finds balance in running a business, and maintaining her social life and home life by keeping close to her family. She also enjoys creating a space to share and co-owns a café with her daughter, Sinead Green wittily-named Miss Green’s Beans. “Sinead runs the coffee shop and I work from the space for meetings, workshops and photo shoots. It’s a fairly co-dependent business relationship. I really enjoy creating our own space and working together,” Brigitte said. “We are perhaps the only agency with an open-door policy giving talent the opportunity to drop in for a cuppa whenever they are in town.” 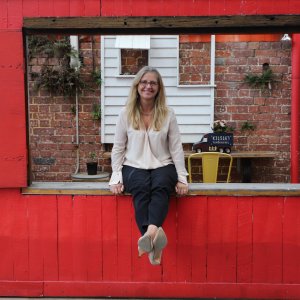 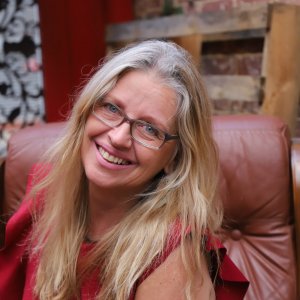 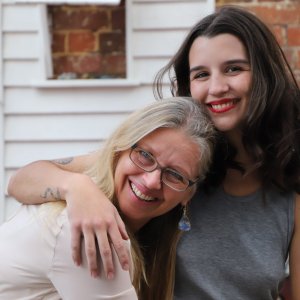 Melissa Barnett has undergone many career transformations in her lifetime – from nurse, to librarian, to journalist – however she says the most rewarding was becoming a woman of the land. Head to the link in bio to read more! #career #brisbaneblogger #taabinga #thisisqueensland #girlboss #brisbaneanyday ...