International model and Playboy Playmate Jasmin Shojai from Australia believes the modelling industry is changing. With the closure of print magazines, including the sudden closure of Cosmopolitan Magazine in Australia, Jamin said the demand for models will now be reduced.

“Without Cosmopolitan, there is a gap in the market of print media publications for models. There are other publications that target an older demographic of women, like Marie Claire and Harper’s Bazaar. Cosmo targeted teens and women in their early twenties, but without this publication, there is a reduced space for fashion models to feature,” she said. “With more models on the market waiting for pay day, I predict that many fashion models will try their hand at glamour modelling, to stay in the business and keep their portfolios fresh.” Jasmin believes the demand for and interest in glamour models in tasteful poses will lead to more models diversifying their portfolios, combining fashion and glamour shoots.

Jasmin, as many other Australian models have done, went overseas to grow her profile and organise fashion and glamour shoots, as well as guest celebrity appearances at nightclubs. Jasmin’s glamour shoot got picked up by Playboy Croatia and the inaugural first issue of Playboy Denmark. “With many Australian publications closing, my best options have been to go overseas as there are more opportunities over there, and many are syndicated, as with the Playboy publications, which increase my profile,” she said. “I am very proud of my accomplishments and I feel very empowered. Featuring in Playboy is something I have wanted to accomplish for ages. I just feel like I am in the right place, where I have always been destined to be this whole time. So for me I felt truly honoured and I was so happy. This is honestly is the highlight of my career now.”

Jasmin also said that taking part in glamour modelling would also not likely taint the profile of a fashion model. “Many years ago, there was little cross-over between models from one sector to the next because of then negative stigma associated with glamour modelling. However, times have changed and many models have both forms on their portfolio. When I recently achieved my Playboy Playmate status, all I received was positive feedback and congratulations from friends and family members alike,” she said. “For example, Pamela Anderson was a Playboy Playmate in the past, and the other day I saw her walking the runway for Chanel on TV. Even those models who don’t have as big a status as Pamela model both forms. I believe most brands and industry professionals will hire you based on your overall presentation and portfolio, rather than just the magazines you have been in.” 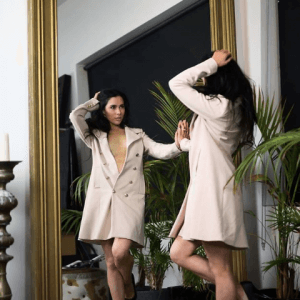 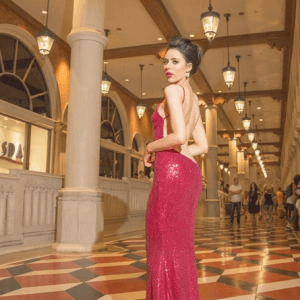 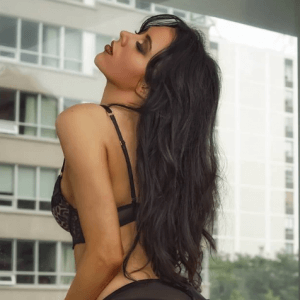