Brisbane mother and writer Annie Love has won a 2018 BUPA Blog Award for her renowned Mummalove blog. Love said it was a complete surprise, but is honoured to have had her selected out of thousands of nominations.

Annie said the BUPA Blog Alumnae are a wonderful community and are “amazingly supportive” and that she felt like a winner just for being invited to the award ceremony. “After seven years of blogging, it felt like a really lovely acknowledgment to make it to the list, and an absolute bonus to win an award,” she said.

Annie created her blog and began writing in 2011 when she and her husband received the prenatal diagnosis that her third son would be born with Down Syndrome. She said that writing was her form of therapy and through words and photographs, she was able to share snippets of their life as a family of five. “Despite the initial fears we felt during pregnancy at bringing our baby with Down Syndrome into the world, when Nicholas arrived we realised just how much his presence enhanced our live,” Annie said. “I was inspired to share the pure joy he brought into the word and just how ‘normal’ our life with Down Syndrome really was.”

In 2013, Annie and her husband Ben were notified that their oldest son, Sam, had been diagnosed with Acute Lymphoblastic Leukaemia at the age of five. Sam went through a three-year treatment program and is now a healthy and happy 10-year-old boy. However, just before he had finished treatment, their youngest, Nicholas, suddenly became very ill and was admitted to the ICU. He soon passed away in May 2016, at the age of four.

Annie said through it all, she loves writing and sharing stories, but has found it a lot harder to write since Nicholas passed away. She said one of her creative outlets is modern calligraphy, and she has started an online shop to share more love and positivity around the world.

This brave mother, wife and writer also has plans for an upcoming book in the future and says she is constantly working on strategies to dedicate more time to writing.

Readers also enjoyed this story about the Women in Business Central Queensland Awards. 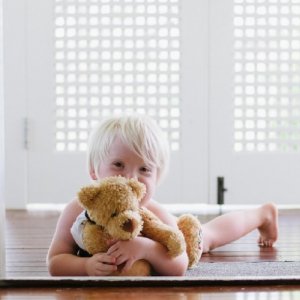 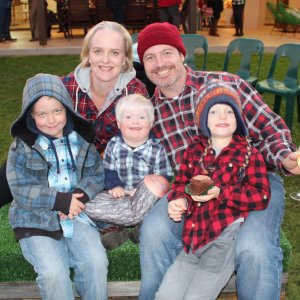 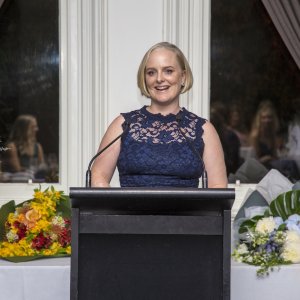