After an incredible response to the poignant Diary of Anne Frank, Castle Hill Players end their 2019 season with NELL GWYNN, a bouncy, bawdy and engaging look at Restoration England, directed by Jennifer Willison.

It is London,1660. The Puritans have been routed and King Charles II has taken the throne – and brought with him a love of all things loud, extravagant and sexy. In Drury Lane, the heart of the theatre district, a young Nell Gwynn is peddling oranges when her sassy nature gets her a role on stage – the very first woman to ever do so! She is gutsy and very talented and soon has the attention of the new King. But in a time when women are second-class citizens, can Nell’s charm and fearless spirit protect her from the dangers of the court? With a cast of larger-than-life characters, plenty of ribald humour and cheeky double entendres, this is a loving tribute to the world of theatre and a woman far ahead of her time.

Tiffany Hoy, who plays the title role, says she loves playing the gutsy, feminist character of Nell Gywnn.  Born in a brothel, Nell goes from orange seller to becoming one of the first female actors to tread the boards in Restoration England and royal mistress. Nell is always true to herself. Jessica Swale’s script also uses plenty of modern vernacular. 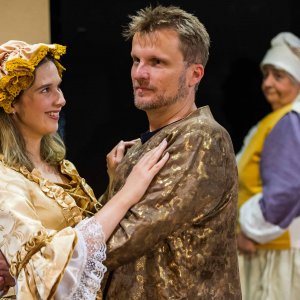 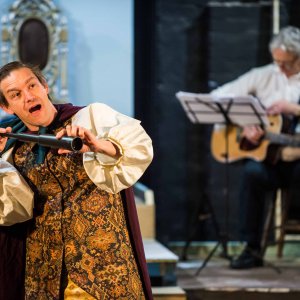 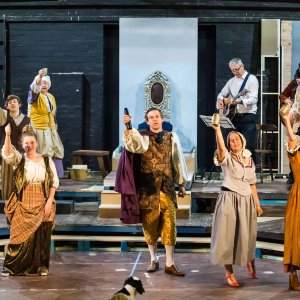 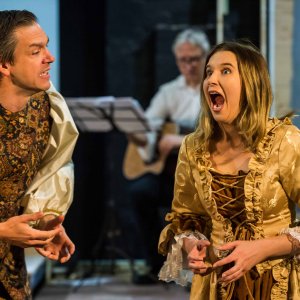 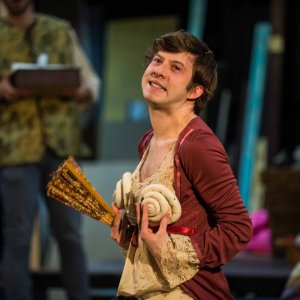 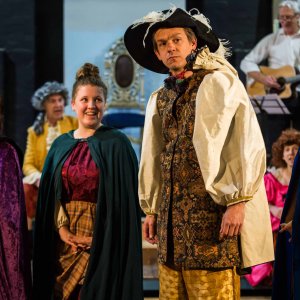