Felicity Abram was a was a professional triathlete representing Australia living and racing all over the world. But a few years ago she had to retire due to injury. It is with the same passion and drive that Felicity now owns Studio Pilates in Toowong.

Abram was an active child. “Fortunately, my parents got me involved in a lot of sport in primary school,” said Abram . “It wasn’t until high school that I chose the sport of swimming to pursue. I was asked by my school to join the cross-country team and it was then I discovered I was quite good at the longer distances and won my first race. It all began from there. Winning state and national titles all through my school years, I knew I wanted to make a career out of being a sportsperson and wearing the green and gold at the highest level.”

However, after sustaining two foot injuries in 2013,  Abram was diagnosed with plantar fasciitis, an inflammation in the heel. After a year of rehab, Abram had surgery to fix her feet, it was this time off that caused her to lose all funding from Triathalon Australia and was left without direction or income.

Abram tells of her struggles trying to find a career path, with no experience or guidance. It was Jade and Tanya Winter, her instructors, at Studio Pilates International, who opted for her to do an instructor certification to teach reformer Pilates. “I jumped straight in, got my certification and a part-time job teaching straight away. I instructed and trained for Triathlon for a while but my love for helping others with their injuries ultimately took over. It was then that I realised it was my time to move on from professional sport,” Abrams said. “I can’t say it was easy. But I switched my focus to something else and that definitely helped the transition. Of course, I miss racing for my country, there is nothing like standing on the podium at a World Champs. It still gives me goosebumps thinking of the good memories.”

Abrams has now been instructing since 2016 , then managing for 10 months at the studio in Toowong. When an opening came up to buy due to the owner’s circumstances she realised this was a big opportunity. “The Studio Pilates studios are divine. It really is a 45 min escape from life’s stresses to workout and look after yourself. Think chandeliers, polished wooden floors and 12 reformers,” Abrams said.

Though Abram’s did not finish her career the way she envisioned, her positive impact on many others lives is a happy alternative. However, she has not given up racing completely. Abrams competes in the occasional Triathlon, but this time for charity, brain cancer specifically. “I have so much gratitude for what I was able to do. I travelled the world several times. I raced for my country for 11 years. I have wonderful, supportive parents and a twin brother. I’m very very grateful for all that. Most importantly I’m happy!” 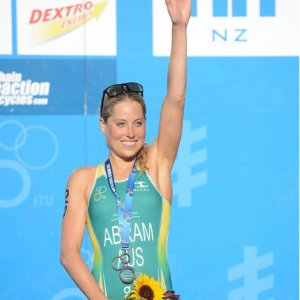 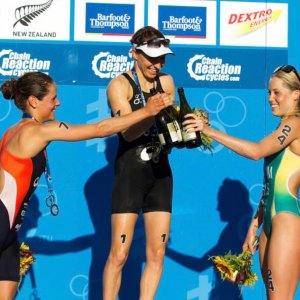 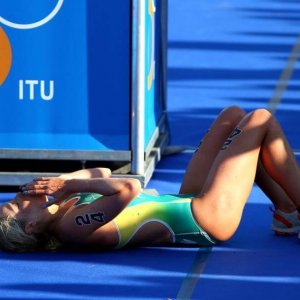