A member of the Queensland Parliament since September 2006, Ms Palaszczuk represents the Inala electorate and has worked as Minister for Transport, Multicultural Affairs, Disability Services, the Arts and Trade. The Premier has served as Chair of the Parliamentary Ethics Committee and is Patron of the Inala Community House, the Oxley Darra Pony Club and Project Love & Care. Ms Palaszczuk was also the Queensland winner of the 2016 Australian Award for Excellence in Women’s Leadership.

Ms Palaszczuk was elected as leader of the Queensland Parliamentary Labor Party after the state election in 2012. At the time, she reported to be “under no illusion of the task ahead, of the rebuild that we need to do and the fact that we need to restore people’s faith in the Queensland Labor Party… [but was] more than happy to serve”. After Labor’s win at the 2015 state election, Ms Palaszczuk became Premier and has remained in this role through a second state election.

Deb Frecklington was first elected as Member for Nanango to Queensland’s State Parliament in 2012. She worked as Assistant Minister for Finance and Assistant Minister to the Premier while the LNP was in power. Following their 2015 election loss, Ms Frecklington took on the role of Shadow Minister for Agriculture, Fisheries and Forestry. She is a member of the South Burnett Suicide Prevention Group, the South Burnett Law Association and is Secretary for the Kingaroy Chamber of Commerce.

Ms Frecklington was Deputy Leader of the Opposition from 2016 and after the second consecutive LNP loss at the 2017 state election, was chosen by party members to be their first female leader. “We’ve pressed the reset button, but we are under no illusions of the hard work we will have to do to rebuild the faith of Queenslanders,” she said. “Now I can assure Queenslanders that with me what you see is what you get … I will be a no-frills politician.” 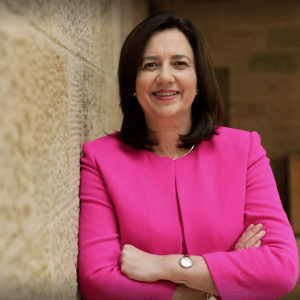 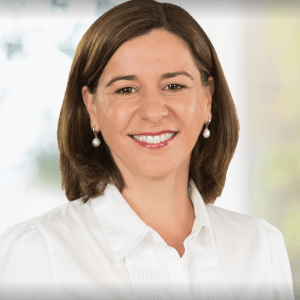 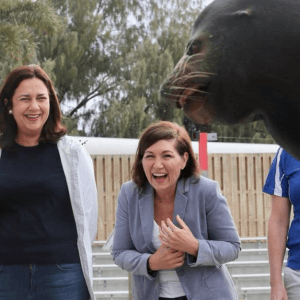 Readers may also be interested in this story on leadership advocate, Dr Kirstin Ferguson.