Neighbours star Lilly Van Der Meer will walk the red carpet at the Logie Awards this year. Although her second year at the prestigious event, Lilly reports that it is just as exciting the second time around.

“It’s an honour to be surrounded by Australia’s most talented actors. Supporting the incredible work and being a part of something so huge is amazing.” While preparing for an event like this can be stressful for some, Lilly hopes to keep things low-key. “My plan is to go for a nice surf in the morning to relax and focus before the big day and night ahead!”

Born and bred on the Gold Coast, the 18 year old is making waves in the Australian film industry, having been dubbed the next Margot Robbie. She landed her debut role on Australian television as Xanthe Canning in Neighbours and moved from Queensland to Melbourne, Victoria in 2015. While acting is her priority, Lilly featured as a model for a Novo Shoes campaign last year. In the same year, she joined the anti-bullying campaign, Bullying. So Not OK, by Headspace and the Supre Foundation as ambassador.

The Gold Coast local continues to enjoy creating art with other Australian actors. “After being on the show for a few years you become quite comfortable with your surroundings. The cast, crew and sets. It’s nice to have so much room to play and discover.” Lilly will head back to her hometown for the Logies, to be held on 1 July, and will be wearing a custom-made dress from Oglia-Loro Couture. “I’m working with Suzy Eskander and we’re collaborating with Sam, the beautiful owner of Oglia-Loro Couture who is designing my dress! I’m so excited to see the outfit come together. Sam has created such an elegant, beautiful piece for me to wear.”

While the young actress was nominated for the Graham Kennedy Award for Most Popular New Talent in 2017, she missed out on a nomination this year. The 2018 nominees include Dilruk Jayasinha (CRAM!, Network Ten; Utopia, ABC), Matty Johnson (The Living Room, Network Ten), Sam Frost (Home And Away, Channel Seven), Sophia Forrest (Love Child, Nine Network), and Sophie Dillman (Home And Away, Channel Seven).

Our readers also enjoyed this story about Magda Szubanski. 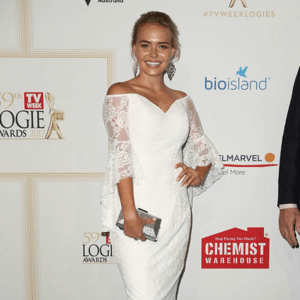 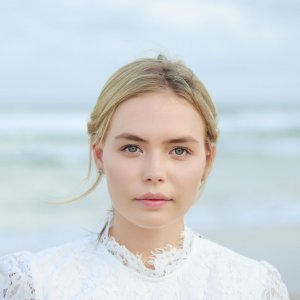 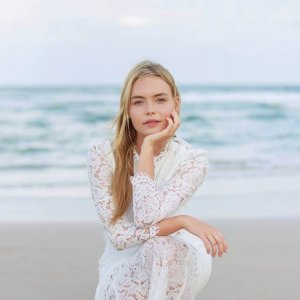