The second annual River to Rooftop was held on Friday 2 August at 111 Eagle Street. 520 entrants raised a record amount of $117,000, exceeding the event’s $100,000 target, to help stop domestic violence on at Brisbane’s biggest stair climb event.

The event held at ONE ONE ONE Eagle Street, takes participants up the staircase of the building, from the river to the spectacular rooftop, where they take in the sweeping views. But to get there, entrants climb 1,040 steps up 55 levels. Elite climbers were able to accomplish the feat in under eight minutes. One individual entrant, John Du Boulay, arrived from Sydney to participate and completed the climb eight times (or 8320 steps), also an event record. All proceeds from River to Rooftop are donated directly to Women’s Legal Service Queensland (WLSQ), a not-for-profit organisation which helps more than 16,000 women and children each year to escape domestic violence.

Fastest time was 6 minutes 14 seconds by John Bourne, who won the Fastest Male category, shortly followed by Meg Reeves with 6 minutes 38 seconds. Top individual fundraiser was Sandie Postlethwaite with $11,048, top team fundraiser was Clayton Utz with $17,325, and finally, Best Dressed was Joelene Nel from the team ‘Like Mother Like Daughter’ in their back to the eighties climb wear. Natalie Davidson of Women’s Legal Service Queensland said that the number of entrants and the fundraising total were both double that of last year. Natalie said the organisation was incredibly grateful for the entrants’ fundraising efforts as well as the generous support of the event sponsors. 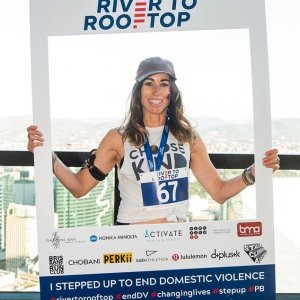 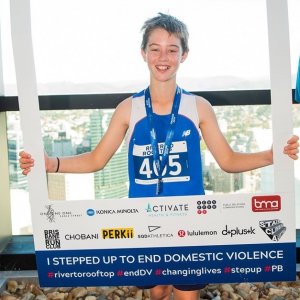 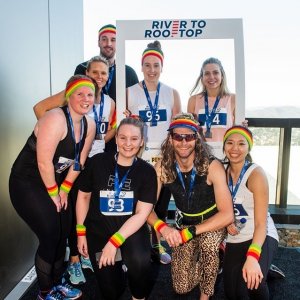