While as a young person Jasmin Robertson may not have particularly enjoyed spending her afternoons and weekends assisting her parents in their food company, it became one of the defining times of her life.Twenty-five years after all-natural, gluten-free sauce company Roza’s Gourmet first began, the company is now under Jasmin’s directorship. “It was never really something that I planned to do. I remember when my dad said that he was going to retire, that I should run the sauce business,” she said. “At that stage, it was predominately the local store deliveries and markets we were doing. Sort of a one-man show. I remember sitting in the car and crying, and I said, ‘But I don’t know anything about food!’”

Though she had grown up around the business, she was not sure she was prepared to assume the reigns. “I just felt completely out of my depth. The extent of my involvement was selling at the markets and labelling at the dining room table. I didn’t really know exactly how to cook. Mum had passed away when I was 14, and I didn’t know how to run a business, because I’d never done that before either. I felt pretty scared, trepidatious, unsure of myself.”

However, with time and experience, Jasmin found herself understanding how the position could put her in a place of creativity and empowerment, allowing her to act on her own ideas and creations. Under Jasmin’s direction, Roza’s Gourmet has grown far beyond its humble beginnings in her family home. “It’s just so impossible to compare mum making them in our home kitchen and mum and dad selling maybe a thousand products a week to now, us selling 30,000 products a week. Back then, it wasn’t really a company, it was Mum and Dad, as a hobby that turned into a home business,” she said.

Despite the company’s growth, Jasmin’s key decisions regarding Roza’s Gourmet are always rooted in her mother’s original philosophy. Aiming to maintain the level of passion that her parents once instilled in the brand, Jasmin still finds time to teach her staff about the brand’s origins and meet with stockists to maintain a sense of authenticity. “Definitely the most important part is keeping the passion in the business, which means making sure that I’m instilling the passion for the products and the values of the brands into everyone that works for us, and then, that it’s filtering out to our stockists and consumers.”

This approach has seen Jasmin being recognised as a winner of Brisbane Young Entrepreneur of the Year and finalist for the Women in Brisbane Business Achiever Awards this year, which she says she hopes will help her build connections to inspire and empower other people, especially young women pursuing dreams in business, despite the difficulties that they may face. Roza’s Gourmet’s growth shows no signs of stopping. The company plans to continue building on its relationship with Hello Fresh, through their meal box collaborations, and to continue adding to their bone broth and soup ranges over the coming year.

Our readers also like this story about Mina’s Cafe and Dining. 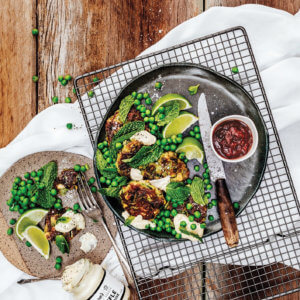 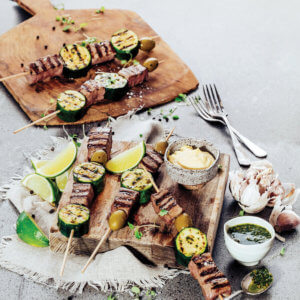 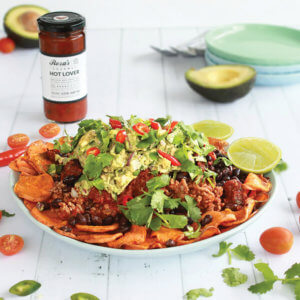