When Sarah Cawte dived headfirst into her journey with Nine News Riverina, expecting the unexpected suddenly went from just an old saying to an important working attitude.

In just her first week as a reporter, the 22-year old Brisbane native was sent to the heart of the bushfires that ravaged New South Wales late last year, an event that has proven to have had a lasting impact on locals and their livelihoods for decades to come. These stories of loss and destruction, but also of the human spirit, have influenced her greatly as a journalist and a person.

This experience was not always a sombre one, however, as it was around two months later that Sarah posted a blooper from one of her news reports to social media, showing a snake around her neck repeatedly attacking her microphone. This comical clip was picked up the Today show and quickly went viral, featuring on channels across the world including USA Today, the BBC, and in countries such as India, Japan and South America. Notably, it even landed a segment on the Ellen show, something that not many journalists can claim to have done, let alone in their first two months on the job.

Sarah always knew that she wanted to be television reporter for as long as she can remember, having cemented her goals with a double degree in Journalism and Public Relations at the Queensland University of Technology. She also had a stint as the full time social media producer for Nine News in Queensland in her last 18 months of study, with many of her career idols including Melissa Downes, Andrew Lofthouse and Alison Ariotti, quickly becoming her ‘work parents’ and mentors.

As a Nine News reporter, Sarah has a passion for giving local voices a platform, with regional news an integral part of sharing Australian stories. 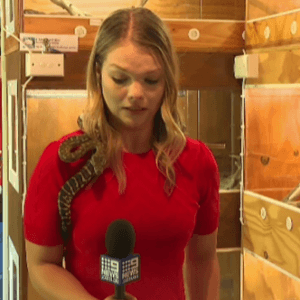 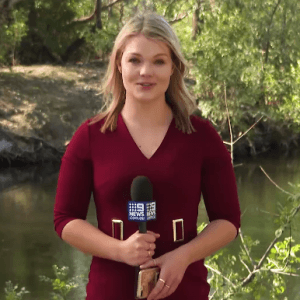 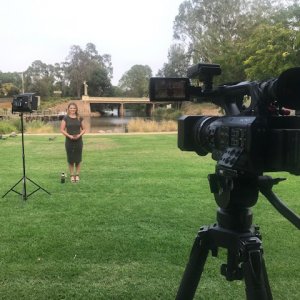