Synonymous with the phrases ‘How to Get that Job’ and ‘See you at the Top’, Sarina Russo is a living, breathing example of ‘the art of the possible and finding the diamond within’.  These philosophies radiate throughout the Sarina Russo Group of companies, and Sarina is this year celebrating 40 years in business.

The ‘can do’ attitude of her education, training, recruitment and job creation business has had major positive social and economic benefits for the State of Queensland for the past 40 years. Hundreds of thousands of single mothers, the mature aged, people with a disability, Indigenous Australians, people from non-English speaking backgrounds, the long-term unemployed, apprentices and students have been energised to get that job.

This former fired legal secretary, is a passionate believer in power of education and opened her own University Campus when Russo Higher Education partnered with James Cook University.  Since 2006, over 8,500 international students from 88 countries have graduated from James Cook University Brisbane. At 26 Sarina’s life changed when she ‘divorced her father’ and ran away from home to gain her independence from the stifling male-dominated Sicilian culture.  After constantly losing jobs she decided to become her own boss.  Her next challenge was the male-dominated culture of the banking industry who did not lend to independent women.  She persisted –and got her business loan. Sarina remained steadfast and inspired her students and jobseekers to believe in themselves with passion, to go that extra mile and ‘to do more to become more’.

In 1989, Sarina became the first female member of the Queensland Chapter of the International Young Presidents’ Organisation and has been a long-term, vocal supporter to allow women full membership at Brisbane’s Tattersalls Club. In 2009, her leadership qualities saw her rev up instead of close down when she lost Federal Government contracts for 11 of her 19 Queensland employment offices.  She made no one redundant and reinvented the offices as training centres, keeping 200 staff in work.  She then expanded into the United Kingdom. Six years later, Sarina fought back to become Australia’s largest privately-owned employment and apprenticeship provider – employing more than 1000 staff.

The secrets to her success are her ability to stay curious, ask questions and continuously raise her standards. Sarina said, “We love what we do! We are proud of our history and our 40 year journey and we’ll keep re-engineering ourselves to embrace more opportunities ahead!” 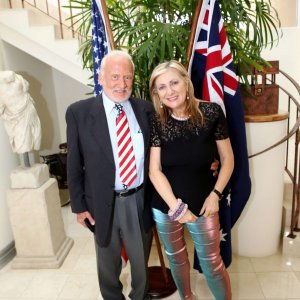 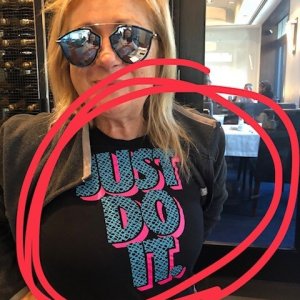 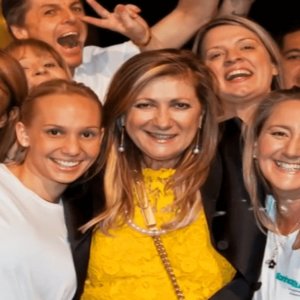