One of Sonia Stradiotto’s favourite childhood memories is of being shrouded in scraps of fabric on the cutting room floor. When she was eight years old, every child on Sonia’s street clamoured for the latest Barbie dollhouse, but on Sonia’s birthday, she woke up to a dollhouse made from an old apple box. So thoroughly and intricately was the house put together — with curtains and carpet made from leftovers from when her parents built their own house — that the entire neighbourhood flocked to admire it. “That’s when I learned it wasn’t about the dollhouse, but about the art of making something with love and passion,” said Sonia. “Love and passion” is an apt description for Sonia’s business philosophy. Following a childhood spent sitting at her mother’s feet crafting Hollywood style gowns out of fabric pieces for her Barbies, she pursued fashion with the passion of someone who has found their destiny.

After a stint at Myer in the 1980s, Sonia started designing her own jewellery, leather belts and blouses, all of which sold out almost instantly. In 1990, she launched her first boutique — Pretty Woman – and sold out of stock within three days of opening. The rest of the story is pretty much the same: known for her evening and event wear, Sonia started Sonia Karadimos Design Studio and 10 years and 23 awards later, Bliss by Sonia Stradiotto. The businesswoman and proud mother has just celebrated 27 years in business, 17 of those at Marina Mirage on the Gold Coast. She has plans to open in Brisbane and is excited about the expansion. The business is a family affair. Sonia’s daughter Bianca is in training to one day fill her shoes, and her son James compiles all the music for her runway shows. Whether the new store will be well received seems a given: all of Sonia’s efforts have drawn a loyal following of fashionistas, local celebrities, and women who want an outfit that does not just fit them, but captures them.

“My business is about serving you, when you’re with me, you’re my world. It’s the Cleopatra system. It’s getting on your knees and serving the woman you’re looking after. I don’t sell, I help you to buy. That’s how I’ve built my business,” said Sonia. “I’m self-taught. I walked out of courses because I was so different. They wanted to teach us to suit a customer to a pattern. I wanted the pattern to suit the customer,” she said. While Sonia has some staples — her classic black tuxedo sells out every year — her main focus is on having what she describes as the Forrest Gump ‘box of chocolates’: designs for everyone, regardless of whether they want something simple or avant garde. “The secret to my brand is I never make too much of anything,” said Sonia. “Are you worthy of mass production? You’re an individual, so why do you need to conform and wear what everyone else is?”

Our readers also enjoyed this story about Chloe Shorten. 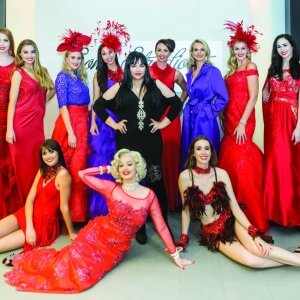 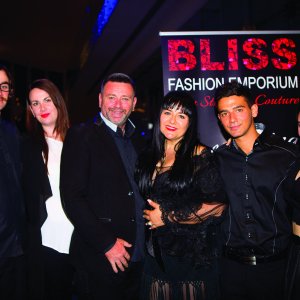 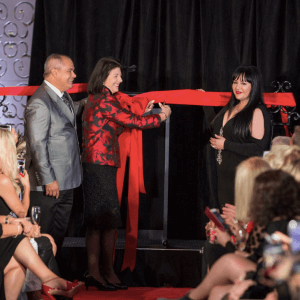 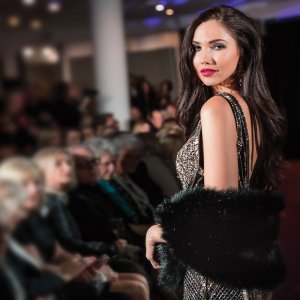 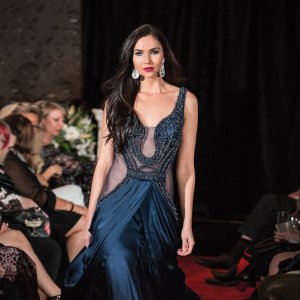 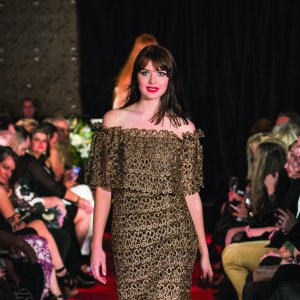 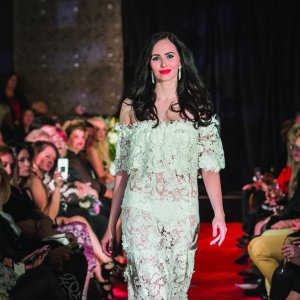 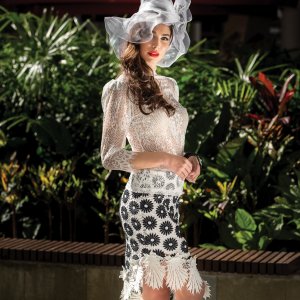 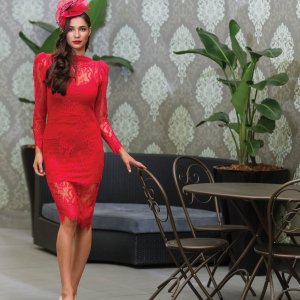