Natalie Ng has been awarded Australian Bartender of The Year at the 2018 Australian Liquor Industry Awards (ALIA) after being pitted against 11 other finalists.  With a passion for creating memorable moments and exciting drinks, Natalie has been in the bartending scene for more than 15 years and has an incredible and inspirational story to share.

She is currently collaborating with Australian spiced rum brand Untold, which has just launched Rum for the Restless, a collaboration seeing Untold partner with leading Australian bartenders and artists to create bespoke cocktails and artwork in the name of restlessness. As part of this, Natalie has created her very own bespoke recipe, titled The Unmistakable. The Unmistakable incorporates the Untold spiced rum alongside macadamia milk, which Natalie discovered here in Australia.

“Growing up in Malaysia, I was exposed to many different aromas and spices that have influenced my drinking and eating habits. This, coupled with my love for travelling and experiencing different cultures, drives my inspiration to fuse ingredients from different origins,” explained Natialie. “I love finding ingredients that traditionally wouldn’t go together, but in some weird and wonderful way combine to make a flavour profile that is greater than the sum of its parts. Australia, now my home, has native ingredients unlike anywhere else in the world – and one of the first things I loved that I’d never tried before was macadamias.”

As well as fashioning new drinks, Natalie is the owner of Pitt Street Sydney’s iconic Door Knock bar. Door Knock is a cocktail and wine bar hidden far below from the hustle and bustle of Sydney’s CBD. Door Knock describes its wines as being bio-dynamic with minimal intervention and natural styles, whilst having a dynamic cocktail list which offers something for everybody. 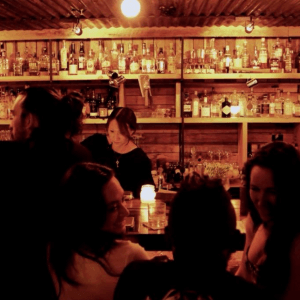 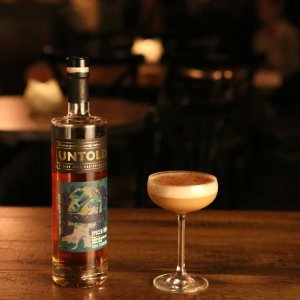