Bindi Irwin celebrated her 20th birthday at Australia Zoo on Tuesday 24 July. The wildlife conservationist celebrated with her family, VIPs and patrons of Australia Zoo.

Thousands of guests wished Bindi well as she cut her cake in the zoo’s iconic Crocoseum. Then, celebrating in unconventional style, Bindi, her mum Terri and younger Robert delighted guests of the zoo with a live croc feeding. The family also walked the pink carpet with some of Australia zoo’s wildlife and greeted fans.

Bindi has spent much of her life in the spotlight. The eldest child and only daughter of the beloved late Crocodile Hunter Steve Irwin, she has been appearing alongside her famous father in his documentaries and on camera since she was only a few weeks old. Since Steve tragically died in September 2006, Bindi has carried on his work with wildlife conservation and promoting Australia Zoo. More than 10 years later Bindi has become an international star in her own right: a fashion designer, performer, reality show champion, conservationist and a savvy businesswoman.

Bindi was three years old when she made her television debut on The Crocodile Hunter Diaries, a wildlife documentary series hosted by her father. Her career has also seen her involved in acting, singing, songwriting and hosting a game show. She has even presented an instructional fitness DVD. Bindi has appeared on numerous chat-shows, including The Ellen DeGeneres Show, The Late Show with David Letterman, Oprah and Larry King Live. She is also known for winning season 21 of Dancing With the Stars America, promoting female rights and supporting young women. This year she was chosen by Mattel for the Inspiring Women barbie range, honing her own doll. In 2014, Bindi was awarded the prestigious Australian Geographic Society’s Young Conservationist of the Year, an honour that she dedicated to her father. With all of these achievements she continues to maintain the legacy of her father, sharing her passion for wildlife and her home, Australia zoo.

Bindi is not fazed by her unofficial appointment as the corporate face of the Sunshine Coast’s multi-million-dollar business. She is respected and admired. Bindi Irwin’s success is a clear combination of hard work and passion, she is a bubbly and fearless role model and an inspiration not just for young people but adults alike. 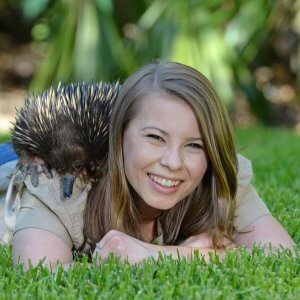 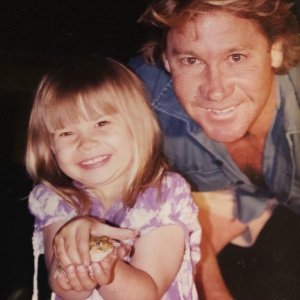 Bindi with her father, Steve Irwin. 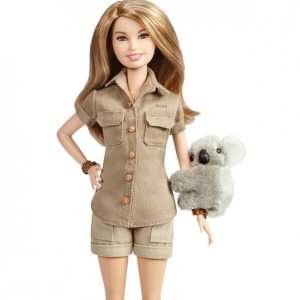 ← Care Champion
ALL HER GLORY →