The winners of the Stroke Foundation’s 2019 Stroke Awards have been announced, in a year that saw almost 70 nominations across Australia. The awards, presented at the Melbourne Town Hall on Tuesday 7 May celebrated the unsung heroes in the nation who have worked tirelessly to improve the lives of those affected by strokes. There are six categories across the Foundation’s awards evening, all recognising the different contributions survivors have to various areas of their community. These different categories are Creative, Fundraiser of the Year, Courage, Volunteer of the Year, President’s Achievement and Improving Life after stroke.

Some of the winners included stroke survivor Lynette ‘Saxy Lady’ Gordon-Smith who raised more than $50,000 and won the creative award. She defied health professionals and was able to play the saxophone once again, raising money through her performances and CDs. Jo Cordell Cooper was able to take out the Fundraiser of the Year, through her iconic treks through the Tasman National Park, raising more than $50,000 in just two years. Then there was Tracey and Stephen Ward who won the Courage award with their indomitable strength shown in their ongoing advocacy efforts. Through their endeavours, they were able to secure Federal Government funding for stroke research, and provided a voice for those affected by stroke in regional Australia.

Stroke Foundation Chief Executive Officer Sharon McGowan congratulated the winners for their remarkable achievements. “I could not be more impressed with these outstanding individuals who have demonstrated passion and commitment to raise awareness of stroke and reduce its burden in our community,” McGowan said. “The Stroke Foundation strives to prevent stroke, save lives and enhance recovery. The selfless actions of the Stroke Awards nominees, finalists and winners plays an important role in that mission.”

If you enjoyed this, please read our story on The Joyologist. 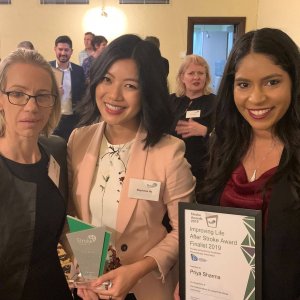 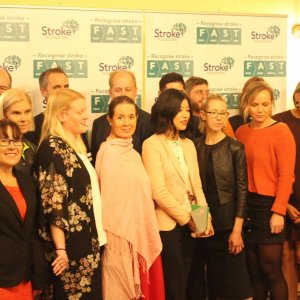 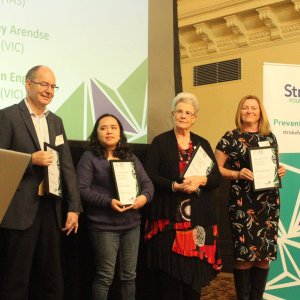 Words by Sam Turner
Images by The Stroke Foundation