Throughout breast cancer month in October, several major landmarks will be turned pink to shine a spotlight on breast cancer awareness and to highlight the work of the National Breast Cancer Foundation. This year, businesses are being encouraged to get involved and turn their storefronts pink.

Judi Adams has successfully led the campaign in Tasmania for several years and is pleased to announce the event is spreading to Queensland this year. “For many landmarks with automated lighting, changing lighting to  pink is now easily achieved at low or nil cost through the use of existing lighting and changing the hue for the month to pink,” she said. Sites lit pink previously have included Hellenic House, The Railway Roundabout Fountain, Elizabeth Mall, Salamanca Place, Franklin Square, the Boathouse Restaurant, and Government House Hobart. “We have also tied this into a campaign for storefronts to also consider having their display areas and shop fronts pink for Pinktober,” Judi said.

As well as the planned light ups in Tasmania and a Civic Reception at Government House Hobart on October 1, this initiative is now extended to Queensland with sites across Brisbane, the Gold Coast and Logan scheduled to be lit pink this October.  Kurilpa Bridge, Treasury Building, Reddacliff Place Steam Sculptures, Story Bridge, Sandgate Town Hall, the Tropical Display Dome at Mount Coot-tha Botanic Gardens, Victoria Bridge, and Pacific Fair are all turning pink for the initiative, with more sites to be announced soon. “We are also encouraging people to mark the commencement of October, breast cancer awareness month, by sharing photos and content on social media and tagging @NBCFAust,” Judi said.

The National Breast Cancer Foundation funds world class research into breast cancer, finding answers and improving outcomes for the one in eight women and one per cent of men diagnosed each year. The NBCF is the only national body that funds life-changing breast cancer research with money raised entirely by the Australian public. Breast cancer is the most common life-threatening cancer facing Australian women, mothers, sisters, wives, daughters and friends. With 48 Australians diagnosed each day and over 65,000 Australians living amongst us with breast cancer, Judi says there is still much to do. Since 1994, NBCF has awarded more than $140 million to 470 Australian-based research projects to improve the health and well-being of those affected by breast cancer, funding research right across the spectrum – from understanding the fundamental basis of the disease to psychosocial research aimed at improving the quality of life for survivors.

This year Monday 1 October would be the commencement date for Pinktober. A full list sites going pink can be found here. 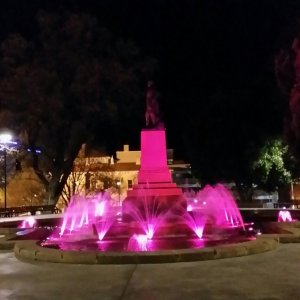 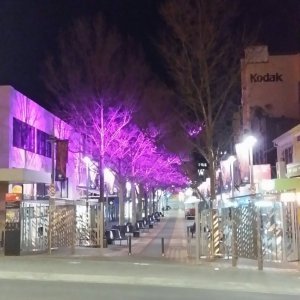 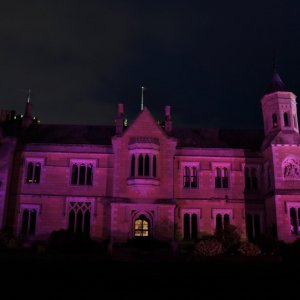