Indiana “Indi” Bennetto is that rare combination of brains, beauty and bravado. At 24, the talented horsewoman, who admits she “eats, sleeps and breathes polo”, has been chasing the polo dream in the northern and southern hemispheres since graduating from university six years ago.

Indi hails from Gundy in New South Wales, not far from Scone, the horse capital of Australia. Raised in a prominent polo and horse breeding family, Indi says the sheer adrenaline of the sport and the camaraderie make it an addictive competitor sport that ticks all the boxes for spectators as well. “I am a highly competitive individual and love being able to compete on an even playing field against men and women. Polo is also a serious contact sport, so especially for a lady, you have to be really gung-ho to get out there and take on the guys. Naturally, women don’t have the same brute strength as men, so mental strength and determination are imperative to be competitive.” Indi splits her time between Australia and New Zealand, and credits her boyfriend, 4-goal handicap player Nick Keyte, as a major influence on her love of the game and professionalism. “We train, play and run a polo business together.”

Indi is currently rated a 1-goal handicap player and is aiming to be at least 1 goal better within the next two years. Registered polo players carry a handicap of between -2 (a novice player) and 10 goals, the highest handicap possible. It is estimated that around two thirds of all international players handicapped are rated at two goals or less.

Polo was devised approximately 2500 years ago on the Persian region, as a means of training mounted cavalry and keeping them fit. It was not designed as a spectator sport. Over the millennia the sport spread across the Middle East and Asia (including China where it flourished during the Tang Dynasty), as well as India, from where the English tea planters exported it to Europe. In Australia, Land Rover Polo in the City has been devised as an Urban Polo event, and part of one of the largest polo series in the world, created by Janek Gazecki of Polo Events Australia Limited. Urban Polo constitutes a separate code of polo, pioneering a reduced field format 14 years ago, making the game quicker and more exciting to watch. It is a modern interpretation of an ancient sport, having been likened to the Twenty20 of polo, and brings the game into the 21st Century at full gallop, while maintaining the prestige and perfection for which polo is renowned.

Indi was the first female to play in the Land Rover Polo in the City in Brisbane at Dorrington Park on November 24. The atmosphere and buzz surrounding Urban Polo gatherings spurs on the players, she confirms. “For an outsider, the most appealing aspect of polo would have to be the athleticism of the horses and the speed that the game is played. Then there’s the champagne and the great fashion! It’s a thrill to compete and share my passion for polo.” 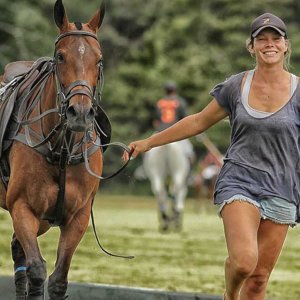 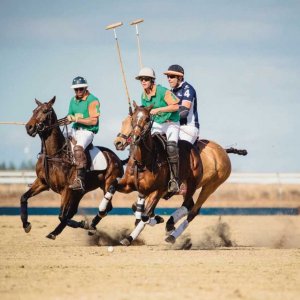 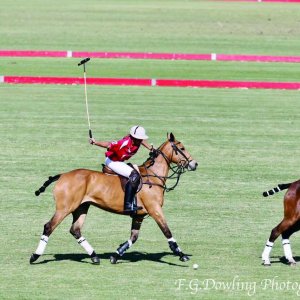 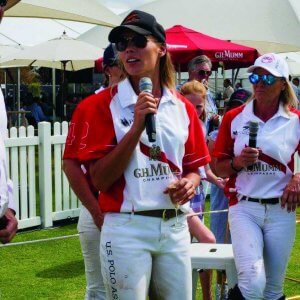 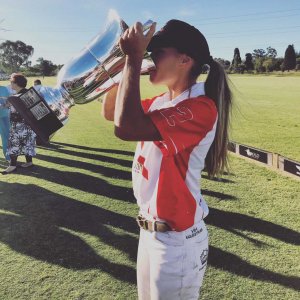 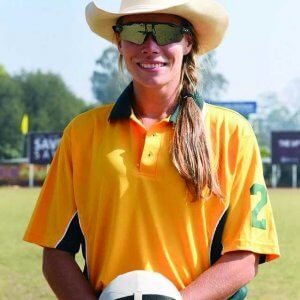