In a move to expose Australia’s domestic violence problem, international lifestyle brand Jeunesse Australasia, and their charitable arm Jeunesse Kids, are bringing attention to the hidden struggles of children affected through a national purpose campaign.

In partnership with not-for-profit charity Friends with Dignity, the initiative launched through the grand reveal of a raw, emotionally moving interactive mural and animation film titled ‘Sarah’s Story’ on York Street in Sydney’s CBD on the 20th of November—marking the United Nations Universal Children’s Day. Jeunesse Australasia hopes to raise awareness around these sobering statistics through ‘Sarah’s Story’—a story based on the real-life events of a 6-year-old child affected by exposure to domestic violence in the home, and her remarkable recovery through the charity’s scholarship program called Little Friends.

The powerful mural will reveal the striking image of a young girl named Sarah— with the artist using Jeunesse NV Foundation product alongside other eco-friendly paints to craft an expression that communicates experience beyond her years. The wall will also feature a QR Scan Code that will bring Sarah’s story to life in a short animation film—revealing her tainted relationship with music, which stemmed from her parents’ attempts to drown out and shield her from the domestic violence happening behind closed doors.

General Manager of Jeunesse Global Australasia—Rachel McVinish believes that ‘Sarah’s Story’ is a truly touching example of the Little Friends scholarship program and the Jeunesse Kids partnership—one which they hope will empower communities to give children a brighter future. The Little Friends biannual scholarships help to cover a variety of areas—from helping kids attend camp and after-school activities with their peers, to providing uniforms & textbooks and extra-curricular activities including equipment for music
classes.

“The Little Friends Scholarship program, with the support of Jeunesse Kids, ensures all children who are facing or have faced domestic violence have the ability to normalise and improve their lives,” said Friends with Dignity Co-Director and Chief Financial Officer, Julia McKenna. 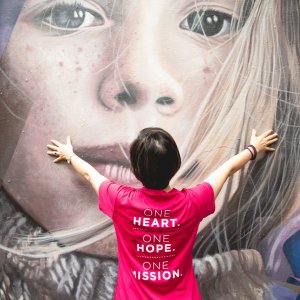 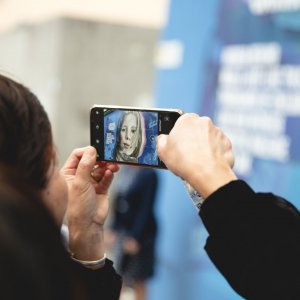 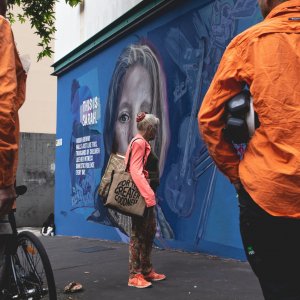 Posted by Jemimah Savins
Images via The 6am Agency