Her passion for rugby union started as a girl with her family all being mad rugby fans, and her love for the game has only grown. While raising her son and working full time, she still manages to be an all-star rugby union coach. “Growing up in New Zealand , Rugby is sort of in your blood, every small town has a rugby club,” said Moana. “My Nan played, my Koro and Dad were Maori All Blacks and every Saturday growing up you always went to rugby. Once I started playing, I loved the physicality of the game, the learnings around trying to create opportunities, but probably what kept me in the game was the team camaraderie. I’ve met all my best mates through rugby, it’s what’s kept my passion alive.”

Being the assistant coach for the Wallaroos in 2018 was a highlight for Moana so far, alongside winning the AON University 7s Series last year after coming third in 2017. She is proud of her relationship developed with the players she is coaching, with more and more women going on to higher honours like playing for Queensland, the Wallaroos or the Australian Womens Sevens proving the women are developing under her program.

Moana’s success in this typically male dominated sport is legendary, however she has never seen being female as being an obstacle. “I have been well supported by my club Sunnybank as well as Queensland who give me opportunities. I have met some quality people along the way, both female and male, who have imparted some great knowledge. I’ve had top coaches from ex rep players, All Blacks and mentors like Pat Lam, my Dad and my husband, who are supportive of my coaching, so for me I’m confident and comfortable in the sport.”

Moana is proving there is a place for women in rugby union, sharing her advice to other women wanting to join the sport. “Go to your local club, join up and just rip in. Rugby is a tough sport, but if you can push through a little bit of pain you will love it. We have a lot of new girls join every year, but we also have girls who do not return because it’s too hard. So if you can mentally push through pain and be committed you will grow and become part of a bigger and better family, a rugby family.”

Readers also enjoyed this story about three female hockey players being nominated at the FIH Awards. 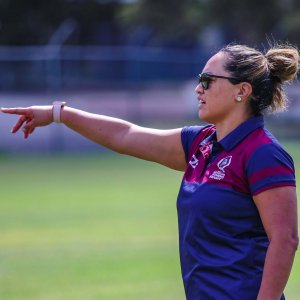 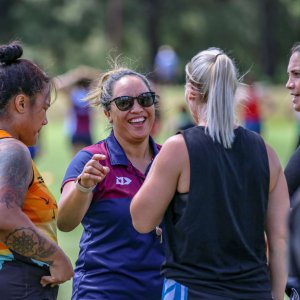 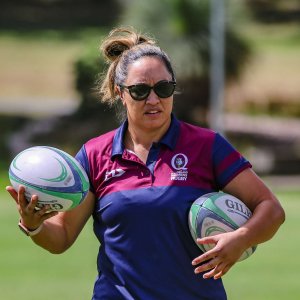