This is the sixth year Shake and Stir has convened the Queensland-wide event for aspiring young actors, musicians, dancers and set designers with the entries topping 6000 this year. Rehearsals began this month at the Judith Wright Centre, with Nelle and the crew moulding these young actors in nine days to produce a high quality, professional production.

Bridget started acting lessons with Shake and Stir at age 10 and loved every minute. Excelling in drama at St Aidan’s Anglican Girls School, she had assisted at Brisbane Boys College (BBC) theatre productions with her brother (who also acts) since Year 7. In Year 9, she was asked to audition for A Midsummer Night’s Dream. Bridget hoped for a small role, but was instead cast as Puck.

Later being accepted into the Queensland Creative Industries Academy (QACI) at Kelvin Grove, she completed her International Baccleaurate (IB) Diploma (equivalent to Year 12) with a speciality in Theatre and Design Technology. She was awarded for her Creative Excellence in Theatre the past two years by the school (their highest recognition) and has featured all of their productions plus a piece of her own device as her graduation work. She also co-wrote, staged and directed a piece called A Boy and a Monster at La Boite in 2017.

Bridget was in the Queensland Theatre ensemble last year, giving her the opportunity to be cast as the ‘young Nina’ in Stan’s first feature movie The Second with Susie Porter, Rachel Blake and Vince Colosimo. The movie has achieved International Distribution and was Nominated for best Indie Film at this year’s AFI/AACTA awards.

Bridget won the Brisbane Central Monologue round of the recent Queensland Youth Shake Fest competition and went onto the recent State Final, where she was runner up (by half a point) for her monologue.

In February this year Bridget was signed with Sophie Jermyn Management and has received her first casting for a small part in the Brisbane filmed ABC production Harrow. Bridget will be re-locating to Sydney after Hamlet.

Readers also enjoyed this story about the finalists performing in Eurovision – Australia Decides. 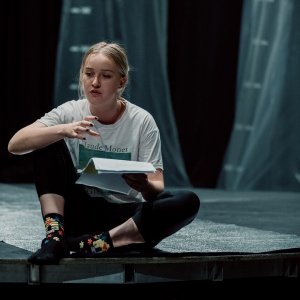 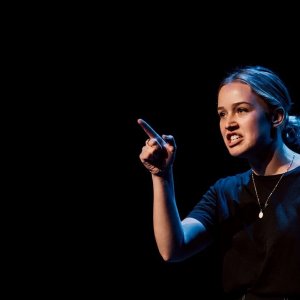 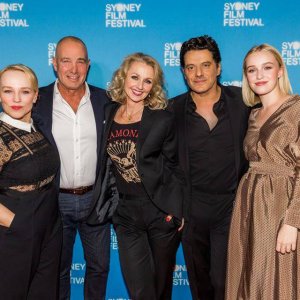