Dressed head to toe in green and gold, representing a nation, competing in a sport that consumes every inch of your being — it is an overwhelming moment, to say the least, and a moment that 50-something triathlete Judith Brough does not have to imagine.

Brisbane resident Judith Brough set foot on the global stage at the 2018 ITU World Triathlon Grand Final in September. She was selected to compete for Australia alongside more than 5000 of the world’s most elite triathletes representing 46 nations at the prestigious event held on the Gold Coast.

Judith’s competitive chapter was sparked only a few years ago as she celebrated the festive season with her siblings, four of whom compete in triathlons regularly. “My siblings meet once a year to do the Mooloolaba triathlon and in the back of my mind, I was always thinking I should give it a go and then over Christmas drinks I was convinced. The Mooloolaba race was in March so I really had to throw myself into training.”

After only a few months of training, Judith competed in her first event — and it was a big one. The Olympic distance triathlon at Mooloolaba was Judith’s first taste of competition and she was clearly a natural, placing first in the run and fourth in the swim. At the time she was riding a second-hand iron frame bike but left the coast determined to upgrade, try again, and achieve even better results.

It would be hard to find someone who speaks more ardently about swimming, cycling and running more than 50 kilometres, packaged into one of the most enduring sports known to woman. While her love for competing is unparalleled, not every race has left Judith wanting to continue with her journey. She recalls one race where her legs cramped so badly she thought she would be lucky to even walk the course, and being kicked and knocked so badly in the swim she was gasping for breath. “I remember in that race chanting to myself that I would never compete again, but then instead took this as an opportunity to improve. Again, resilience and determination have been the key to achieving my goal. When you encounter a setback or minor crisis on the course it’s important to recentre and refocus.” Racing is a mental game, and Judith says having friends and family cheering from the sidelines keeps motivation levels high.

Competitive athletes would agree with the saying, “You earn your trophies at practice and pick them up at the competition.” Despite Judith’s training schedule constantly changing to accommodate her busy life, one thing is constant — her determination. That determination has led her to where she is now, wearing a national race kit, name emblazoned, proving herself to the world. “Wearing the green and gold is amazing — it is a great honour.”

Judith’s story is one of true success, proving that every accomplishment begins with the decision to try. With Judith as a prime example, it is evident that you are only limited by what your mind believes you are capable of. 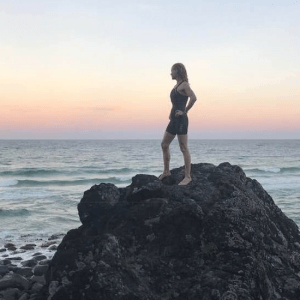 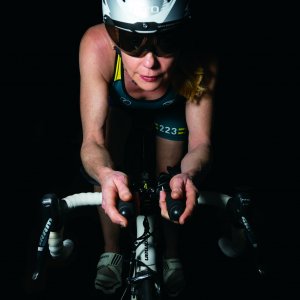